With the Apple Watch and new MacBook just out of the gate, the Apple rumor mill is back in action today as Apple filed a patent for a phone that has a "mini flexible edge" display which contain "re-purposing active virtual buttons" that can be used for tasks such as starting the camera and flicking between video and photo modes.

First spotted by Patently Apple, the patent shows that Apple is actively interested in adding new types of input to the iPhone, in a similar vein to Samsung's latest S6 devices. Unlike Samsung's devices, where the screens are curved, the patent shows a new second screen that can be dedicated to new functions, whether they are specific to the app on the main screen or not. 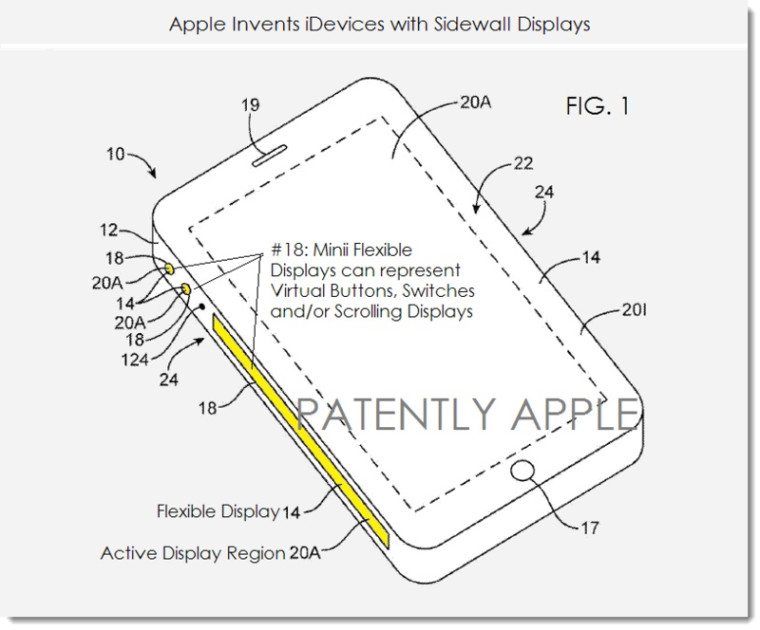 Puzzlingly, Apple has always focused on making incredibly thin devices and so adding a new screen to the side - where there is very little space on the current iPhone 6 and 6 Plus - would require the compromise of adding more bulk to the iPhone. The patent appears to show an iPhone 5 device, which is unsurprising, as the patent application date is 2011.