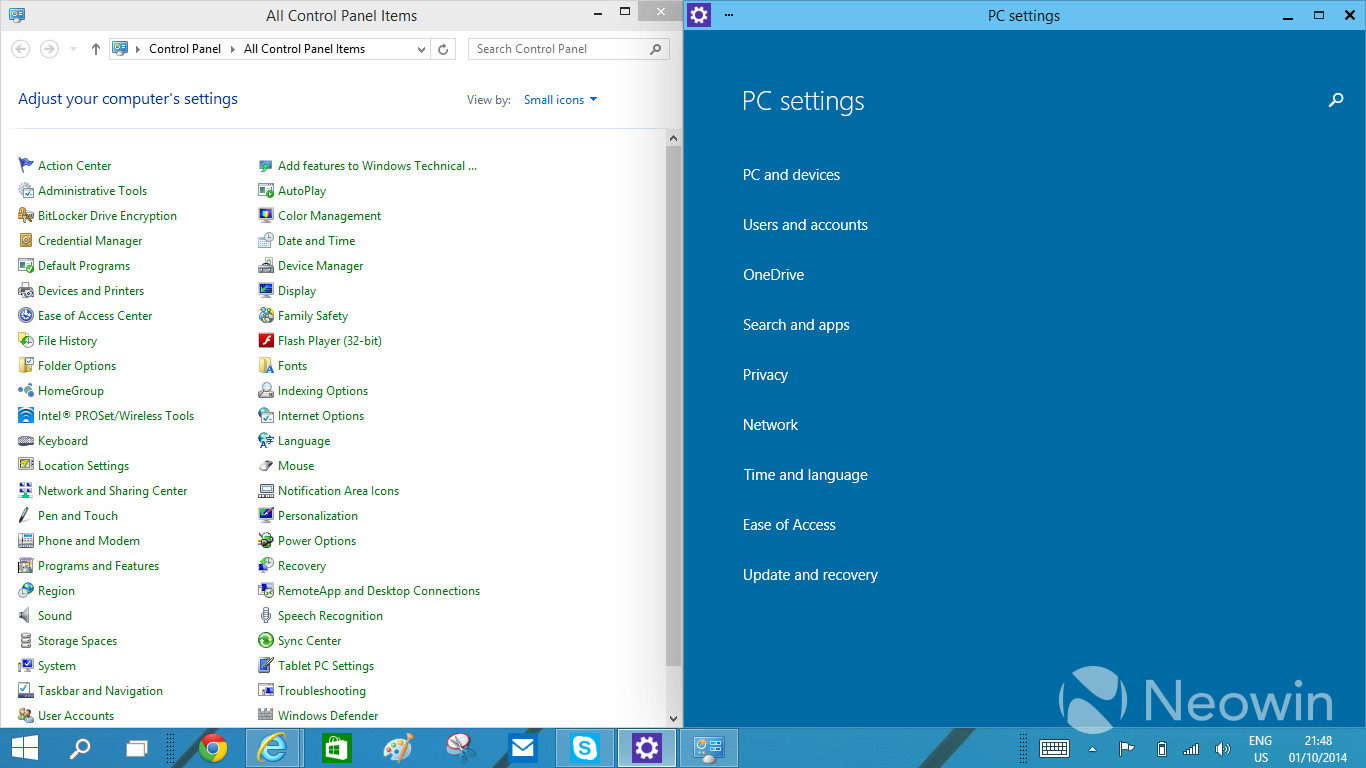 With the new build of Windows 10 Technical Preview having been released yesterday, users have been scrutinizing every tiny bit of the new version of the OS. As such new info can be gathered about where Microsoft is headed with the new OS. One major change we might see – the end of the traditional Control Panel.

Ever since the launch of Windows 8 users have had to deal with two separate and distinctive settings pages. One was the traditional Control Panel, familiar to most Windows users and the other was the new modern PC Settings page. Most settings overlapped between the two but some didn’t, and the way one would access and use these two options was confusing for many. As such Microsoft appears to be looking to change that in Windows 10. 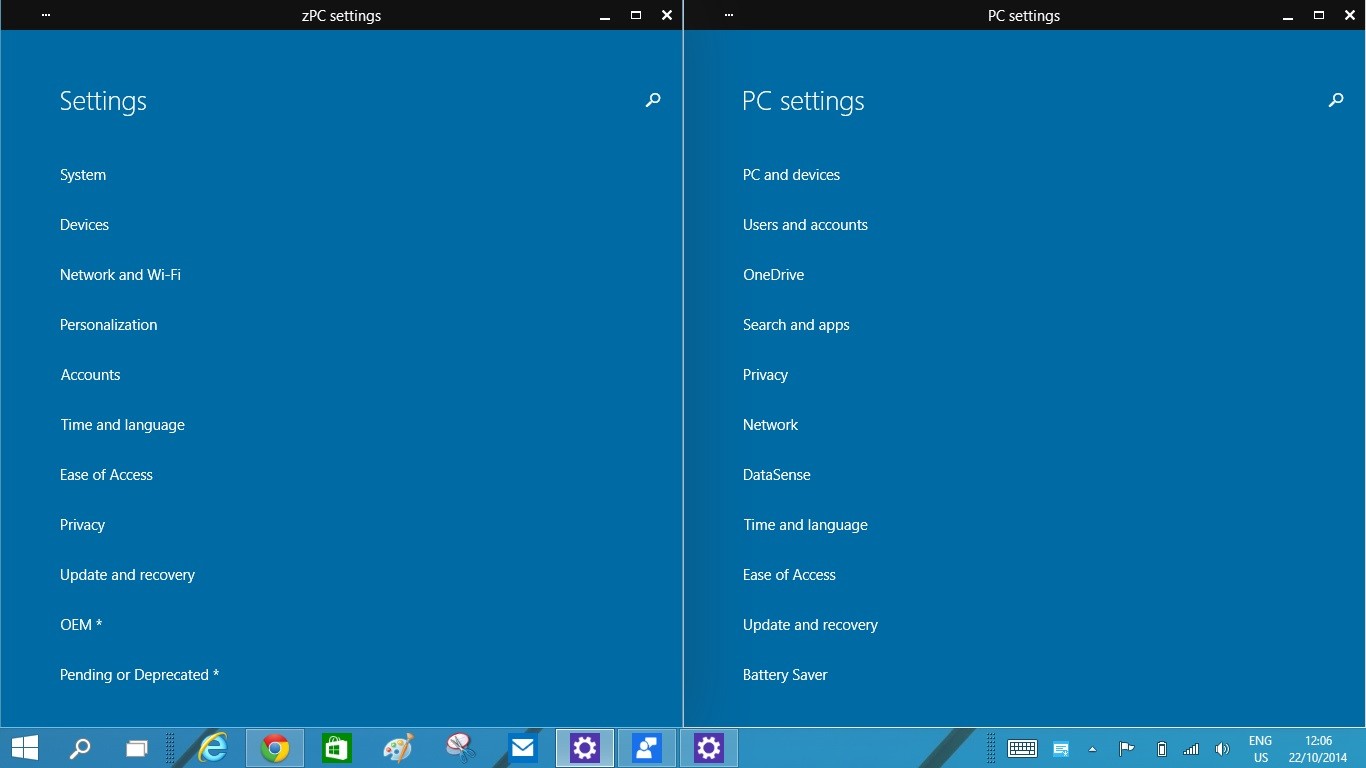 We know the company is asking users how they could improve the new PC Settings pane, and more importantly, what it will take for them to move away from Control Panel. We can start to see evidence of their efforts on this front in the new 9860 build where you can find a zPC Settings app. The zApps naming and panel is clearly a work-in-progress carried over from internal testing used by Microsoft.

The zPC Settings app shows some different settings that have been added to the regular PC Settings, some of which come directly from Control Panel. Others are simply deprecated or not yet functional versions of the settings we already have access to, such as the "Windows Defender for great justice!" setting which shows a blank pane on the right when selected. You can see a gallery of these settings below.

Of course you shouldn’t read too much into what the actual settings are in this build; this is far from finished and it’s closer to an experiment than to anything functional, but if Microsoft nails it with the help of the Insider Program, it's highly likely that they’ll move away from the traditional Control Panel in Windows 10.