Step forward Nokia’s Lumia 820 and 920, HTC’s Windows Phone 8X and 8S and Samsung’s Ativ S and take a bow as the inaugural Windows Phone 8 handsets to market. Well, maybe not you Ativ S, you’re late! How about adding another player? 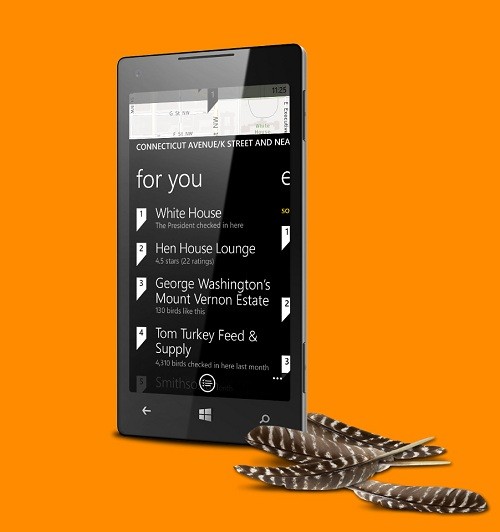 Why use an unbranded render?

An eagle-eyed Neowin forum member, mdcdesign, spotted a picture added to the Windows Phone Facebook page that could show off a new piece of hardware. The handset in the image is unbranded; could this be the rumoured Surface phone?

Let's be clear about this picture; it looks like a render, made simply to say congratulations to Cobbler the turkey for gaining a presidential pardon just in time for Thanksgiving. It was added on November 21.

But, and it’s a speculative but, if Microsoft wanted to show off anything to do with Windows Phone 8, why not just use a Nokia or HTC? The general populace is getting a good look at the handsets both in shops and in adverts, so why drop an unbranded render when the hardware is known to the world?

Interesting? Maybe not, but we'll know soon enough as we await comment from Microsoft.

[UPDATE] Thanks to member siah1214 for posting the link to his discovery of the image last week. He was good enough to provide additional links that show Microsoft don't necessarily use generic phones/renders for their PR pieces.

Source and image: Windows Phone Facebook page
Thanks to forum member mdcdesign for the tip!