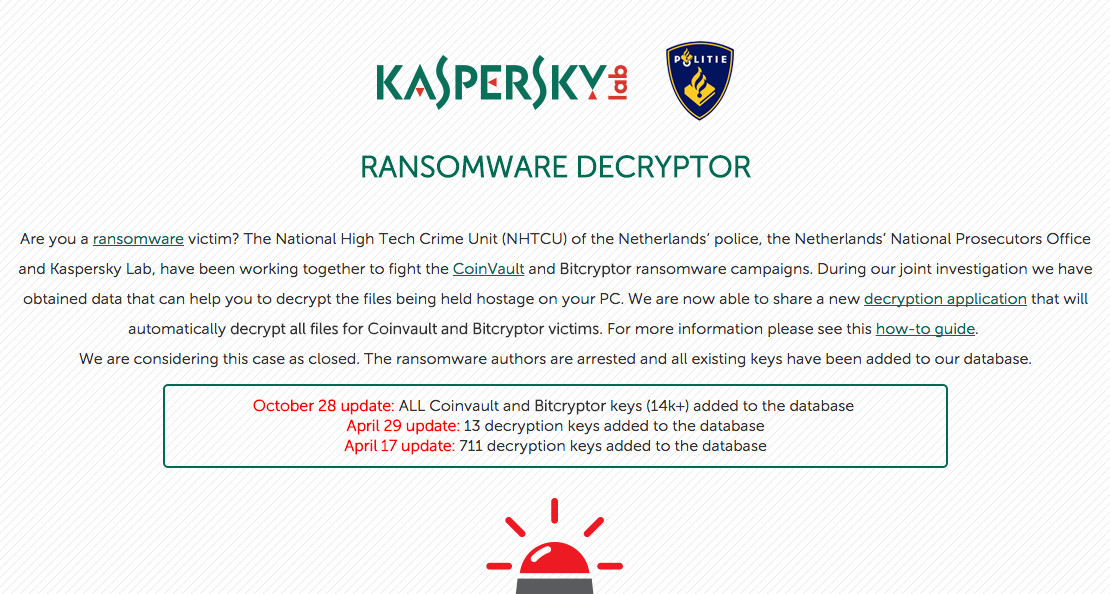 If you have ever been a victim of ransomware, you know the pain of having to make the decision to lose your data or possibly shell out hundreds of dollars for a chance at retrieving it. Those who have been affected by CoinVault and Bitcryptor ransomware can now rest easy as Kaspersky has obtained all relevant decryption keys, making it possible for users to retrieve their data without having to pay a single penny.

Earlier in the year, we reported that Kaspersky Lab was working with authorities to uncover decryption keys for those affected by Coinvault. Unfortunately, at the time, only a small number of keys had been recovered, making the solution hit-or-miss. But now, several months later, Kaspersky is happy to report that the joint investigation has uncovered all of the decryption keys for CoinVault and Bitcryptor ransomware. The company has made a decryption program available for free, which will allow users to decrypt their own data.

For those interested in doing so, be sure to head over to the 'No Ransom' website for all the details.