In January, as part of its many CES 2013 products announcements, Lenovo revealed plans to release the Erazer X700, a gaming-themed desktop PC with a tower case that has an angular and rather "sci-fi" villain look. Today, Lenovo sent out an email finally announcing that the Erazer X700 is now on sale. 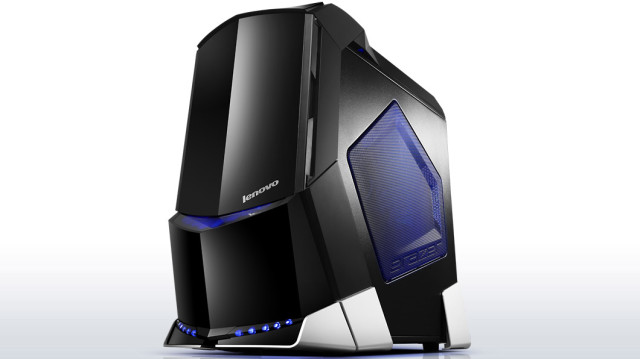 Lenovo's product page for the desktop shows three versions of the Erazer X700. All of them have Intel's second generation Core i7-3820 processor inside, clocked normally at 3.6 GHz. However, the Erazer X700 allows for the PC to be overclocked to 4.2 GHz by just touching one button on the desktop. Users can also customize their own settings for overclocking the processor.

While the Erazer X700 is on sale, orders taken on the Lenovo website won't start shipping until at least July 19th or later, depending on the model.