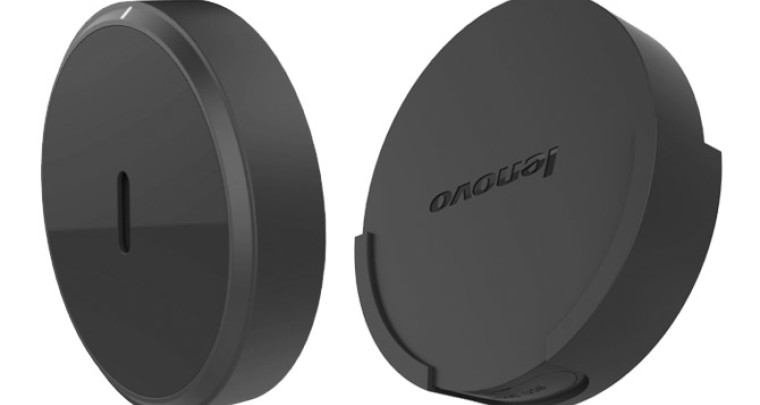 Lenovo is wading into the increasingly saturated market of media-streaming devices with their HDMI equipped hockey puck, the Lenovo Cast. The circular device is designed to plug into a TV's HDMI port and works in a similar way to Google's Chromecast, however instead of a proprietary interface, it will work with support for any Miracast or DLNA-enabled Windows or Android devices.

Announced at Lenovo's first global technology event, Tech World, the Lenovo cast looks like an Apple TV with its circular shape, but works like a Chromecast where it will require the device streaming to it to remain on during the cast. This device is certainly not being positioned as a standalone media device, and will likely be marketed as an addition to your home theater setup, rather than a replacement for anything.

Lenovo has jumped ahead of Google I/O, kicking off today, with this announcement, and are planning on launching the Lenovo Cast in August for $49, which is a little pricier but with support for more devices and with 5Ghz WiFI support (which the Chromecast lacks) it will potentially deliver better quality for a few dollars more. Google, however, is rumored to be launching an updated Chromecast at their developer conference so the market for your smartphone media streaming might just be heating up.