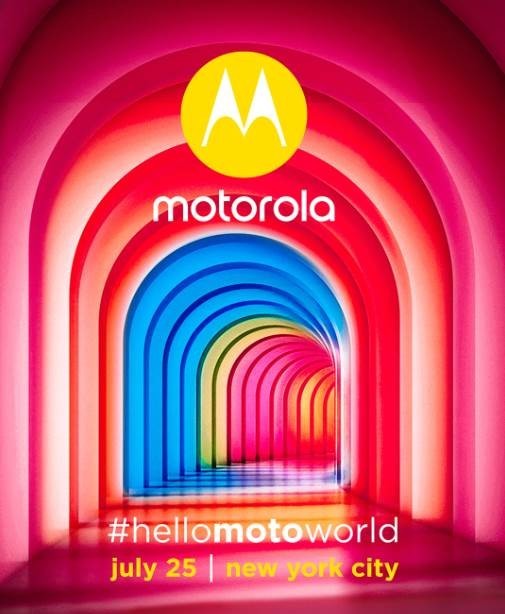 Today, Lenovo began sending out invitations for its next Motorola event, called #hellomotoworld. All that we really know is that it will happen in New York City on July 25.

Naturally, we can guess some of the things that the firm will announce, as its upcoming products have been heavily leaked. The obvious device to be unveiled would be the Moto Z2 Force, which is the company's next flagship handset. We first began seeing leaked images of the device back in May.

We also got a look at the upcoming Moto X4 earlier this week, courtesy of leakster Evan Blass of VentureBeat. With a Snapdragon 630, 4GB RAM, 64GB of storage, and a dual-camera configuration, this mid-range device seems like it might also make an appearance at the event later on this month.

Lenovo did announce the Moto Z2 Play last month, which is a mid-range device, so it would make sense for the flagship to not be very far behind it. Of course, we'll find out more later on this month.