A few weeks ago at CES 2010, news broke that various mobile phone manufacturers had confirmed that Windows Mobile 7.0 will not be shipping this year. Our sources continued to tell us otherwise, as well as a confirmation from a LG representative that devices will ship this year.

Yesterday during a LG press event, a French blogger known as Presse-Citron tweeted that LG had announced during the press conference that Windows Mobile 7.0 devices will ship in September, along with Android 2.1 device in April in the US. Since then the tweets have been removed, but WMPoweruser managed to get a screenshot of Googleâ€™s cache: 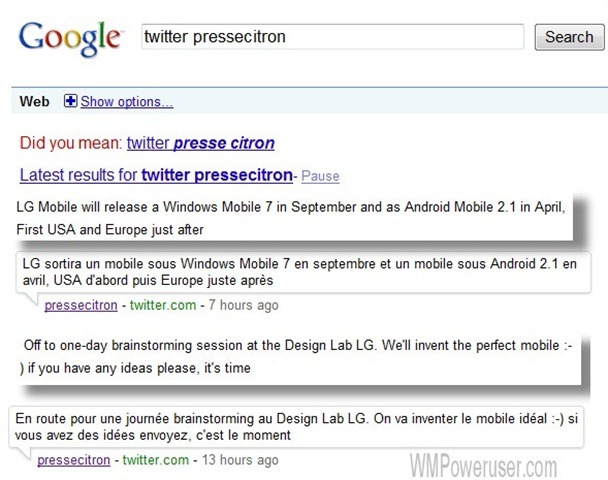 According to our own insider sources, Windows Mobile 7 will definitely be shipping later this year. Weâ€™ve seen early builds of the interface, and the UI is a much needed upgrade and Windows Mobile users are most definitely going to welcome the change. More info on Windows Mobile 7 is expected to be announced at Mobile World Congress this year, and Neowin.net will have full coverage of the event so stay tuned.