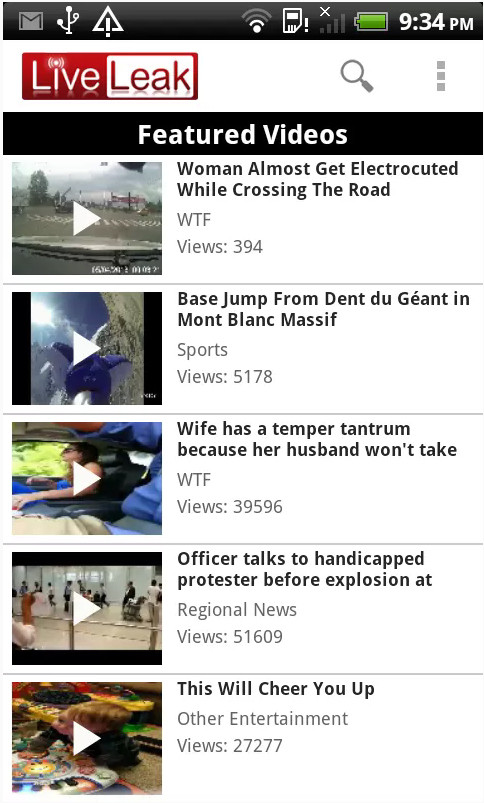 While Liveleak might be one of the more well-known video sites outside of YouTube, and the primary platform for sharing Russian dashcam videos, it has long lacked an Android app, and an iOS app, come to think of it. That's all set to change, with the Android app having been announced only hours ago.

The blog post claims an app for Apple devices is in the works, but that it might take longer. No particular time-frame is provided, and the blog posting is quite brief, with only one screenshot. As readers will notice, the official design is very much stuck in the Android 2.2/3 era.

So, we downloaded it to see just what's going on. The app feels more like a wrapper for LiveLeak's website than it does as a standalone, with video playback limited to any players installed on an Android device.

Running on Android 4.0, the app feels slightly fresher due to the font change, but the Internet's premier destination for Russian dashcam videos has a long way to go to have an app like the one YouTube has. The settings option in the lower right of our screenshots also did nothing at all, hence why this is a version 1.0 offering.