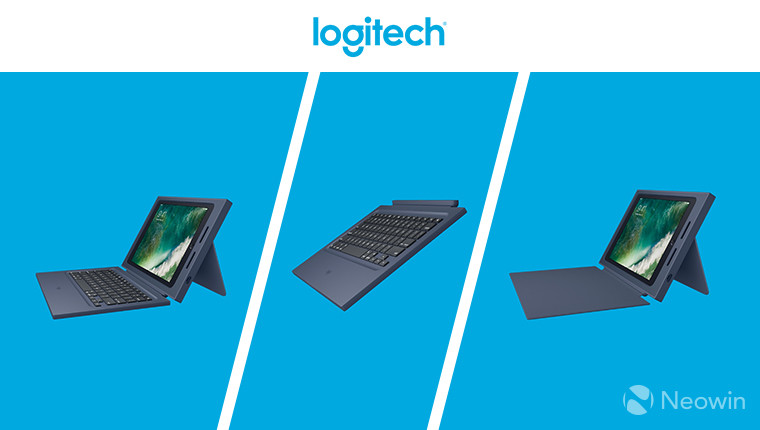 Logitech has announced the availability of a new range of rugged accessories for Apple's newest generation, more affordable 9.7-inch iPad.

The newly revealed Rugged Combo, Rugged Case, and Add-On Keyboard for Rugged Case, have been created for "students and learning", with the day-to-day wear and tear in mind. Naturally, with use of such accessories there's also the benefit of protection for the tablet during accidental drops.

Regarding these products, Michele Hermann, VP of mobility at Logitech, stated:

We worked with Apple to design the Rugged Combo to be incredibly durable and protect iPad while bringing a secure keyboard connection that’s approved for testing, so teachers and students can focus on expanding what’s possible inside the classroom and beyond.

The Rugged Case's frame sports soft polymer ribs, made to protect the tablet from drops of up to six feet, on surfaces as hard a concrete. It also comes with a built-in Surface-like kick stand, which has a 40 degree movement range and sturdy mechanical hinges.

As far as the keyboard add-on is concerned, it connects to the iPad via a proprietary connector made by Logitech, and sources its power directly from the tablet. Also included is a row of shortcut keys to navigate the iPad's various functions.

Finally, the Rugged Combo as the name suggests, combines the best of the previous accessories, thus ensuring that students are able to use the iPad for learning in a variety of settings (in the classroom, in the lab or on the field).

These accessories will be available later in the week at apple.com/education/purchasing/, and can be acquired by schools and school districts in the United States and Canada. They can only be ordered in packs of 10.