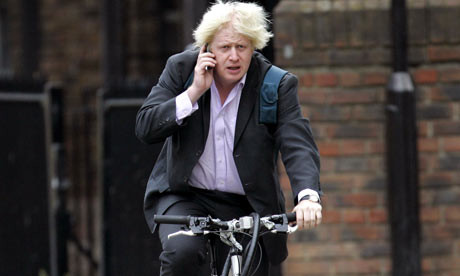 London Mayor trying to get away from smartphone thieves

With the prevalence of smartphones in recent years handset theft has gone up significantly, especially in urban centres. To try and fight this trend public officials, law enforcements agents, and a plethora of other public workers have banded together in cities such as New York and San Francisco. And now you can add London to that list.

Mayor of London, Boris Johnson has signed the city up to the Secure our Smartphones (SOS) initiative that took roots in New York and San Francisco in the early part of the year. This initiative that brings together a large number of professionals is aimed at working with the smartphone manufacturers to create theft deterrents for smartphones.

In a press conference Johnson explained why London needs to be part of the SOS alliance:

Residents and visitors to our city need better protection from the menace of smartphone theft […] We need the industry to take this issue seriously and come up with a technical solution that can squash the illegal smartphone market that is fuelling this crime.

One of the initiatives supported by the SOS is the implementation of a “kill-switch” inside all smartphones that would render the device completely useless once activated. This is to deter theft by practically destroying the device once it has been stolen so that it can’t be resold.

The SOS alliance has already petitioned Apple, Microsoft, Google and Samsung to begin work on better ways to deter handset theft including the above mentioned kill switch.

Source: V3 | Image via The Guardian