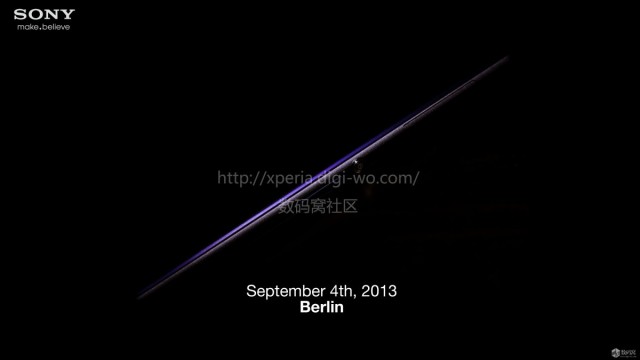 Sony’s upcoming Android flagship, codenamed Honami, is by no means a secret. We have seen numerous leaks and rumors over the past few month and now we can add another one to that list: an official looking teaser image.

The image comes from a Chinese source who claims this is directly from Sony and it’s a teaser for their upcoming Honami handset. The image points for September 4th as the reveal date which coincides with the date that Sony is holding its IFA press conference.

The Honami, which is expected to retail under the Xperia i1 name, is a monster of a device rumoured to feature a Snapdragon 800 CPU, a huge five-inch-plus display and a 20-megapixel backside camera that comes with a Sony G lens.

Even though this isn’t official just yet, the good news is that anxious folks have less than a month to wait until they finally get to see what Sony’s been working on.