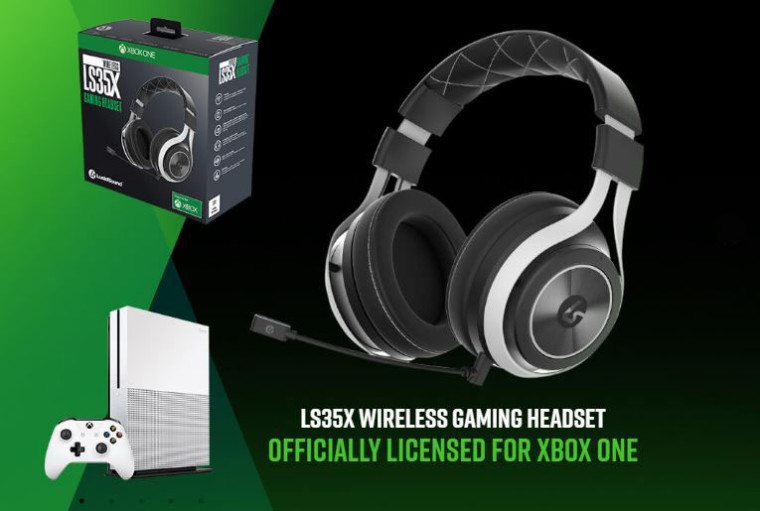 A good set of headphones can really improve your gaming experience, and there's a lot of them out there to choose from. We've even reviewed a fair number of them ourselves over the years. When it comes to gaming on the Xbox One or 360, the one thing that they've all had in common is that they either require wires or a base station of some sort.

Today, LucidSound wants to change that with the announcement of the LS35X wireless gaming headset. The company has a licensing agreement with Microsoft that allows the headphones to connect with the console in the same way that a controller does. This alleviates the need to have a wire connect from the controller to the headphones or to have a base station connected to your console, making the usage a lot simpler.

The headphones themselves have 50mm neodymium drivers, and instead of switches and buttons, use an "intuitive ear-cup control system [that] allows the user to effortlessly adjust the most common controls." If the controls work like the company's LS40 headphones, this allows gamers to tap the side of the headphones to mute and to turn the ear-cup to adjust the volume.

The LS35X also supports Windows Sonic for Headphones and Dolby Atmos for Headphones, both of which provide better immersion when playing on the Xbox One or a Windows 10 PC.

The release date is scheduled for the "holiday season of 2017." There's no indication on the cost of the headphones, but the company's LS30 and LS40 retails for $149.99 and $199.99 respectively, so we anticipate that the price will be around that price point.