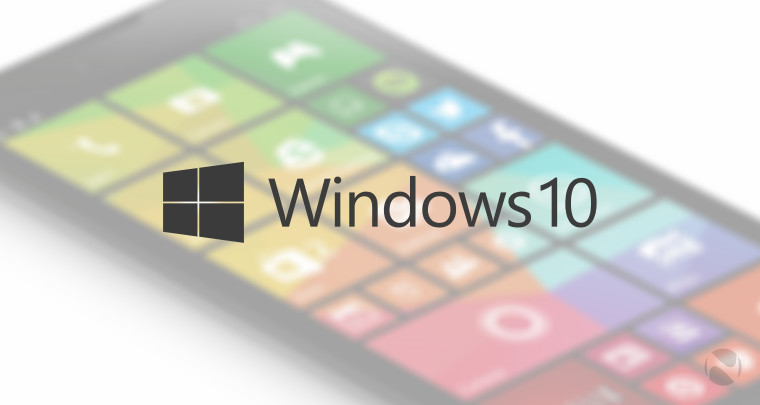 Microsoft is currently without a flagship for its mobile OS but that should be changing in the near future as a new device has been spotted in the GFXbench database. Referred to as the Nokia RM-1106, the data was uploaded on the 27th of May.

As you can see from the specs below, the tracked device has a hexacore CPU - which should be the Snapdragon 808 processor - and a new version of the Adreno 430 GPU as well, along with 32GB of storage (the 27GB figure accounts for the OS install/drivers/etc). There should be 3GB of RAM as well; GFXbench measures the 'free' RAM/Storage. 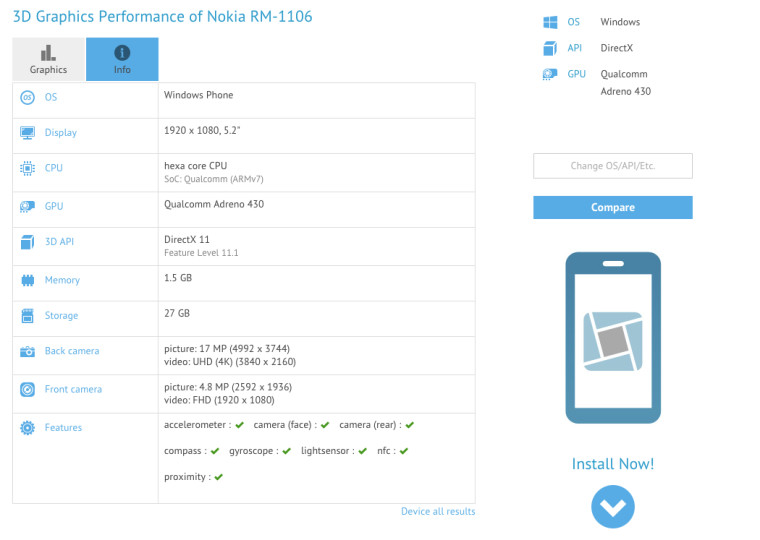 The rear camera is said to be 20 MP, which NokiaPowerUser says only shows up as 17MP because of the 4:3 ratio. They also claim the display resolution will be 2560×1440 and that the 1080P detail shown above is a crop of the full resolution that is capable on the device.

Because of the device's high end specs, it is presumed that this device is going to be called the Lumia 940, the successor to the previous flagship, the Lumia 930. Of course, Microsoft could change the name at any time which is why '940' is a speculative name and not definitive.

One of the most anticipated features in Windows 10 mobile is Phone Continuum which Microsoft says will not work with current devices. That could mean that this new flagship is the first phone capable of being able to power the new feature. Of course, the specs do not explicitly state that this device will ship with Windows 10 Mobile, but it seems unfathomable that Microsoft would push out a new flagship running the older Windows Phone 8.1 OS.

If nothing else, this bit of data gives Windows Phone enthusiasts something to look forward to after a long hiatus of premium smartphones.