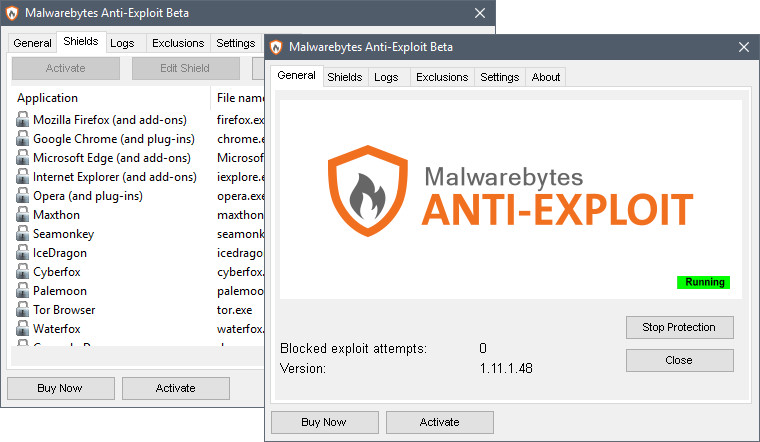 MalwareBytes Anti-Exploit is based on the former product ExploitShield from ZeroVulnerability, which was recently acquired by MalwareBytes.