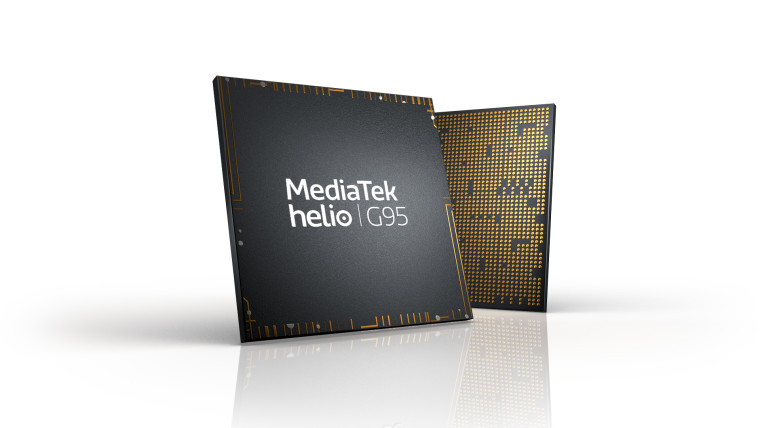 An upgraded version of the Helio G90, the new chip supports up to four cameras with up to 64MP resolution, 4K 30fps video encoding/decoding, and a built-in AI processing unit (APU) for enhanced AI camera functions. It also supports HDR10 displays and has dual wake-up word support. MediaTek notes the Helio G90 is 5% faster than the Helio G90T in AnTuTu's CPU benchmark and offers an 8% increase in GPU scores in the Manhattan 3.0 benchmark.

Other notable features of the chip include support for an enhanced MediaTek HyperEngine game technology that will optimise various aspects of the CPU, GPU, and RAM along with connectivity to deliver the best gaming experience possible. With the AI Super Resolution display feature, MediaTek claims its Helio G95 chip can save up to 75% network bandwidth when streaming content in up to 720p resolution from Netflix, Prime Video, and Hotstar. Unlike some of the other recent launches from MediaTek, the Helio G95 only supports 4G connectivity.

MediaTek says the first smartphones with its new Helio G95 chip should start making their way to the markets in September.