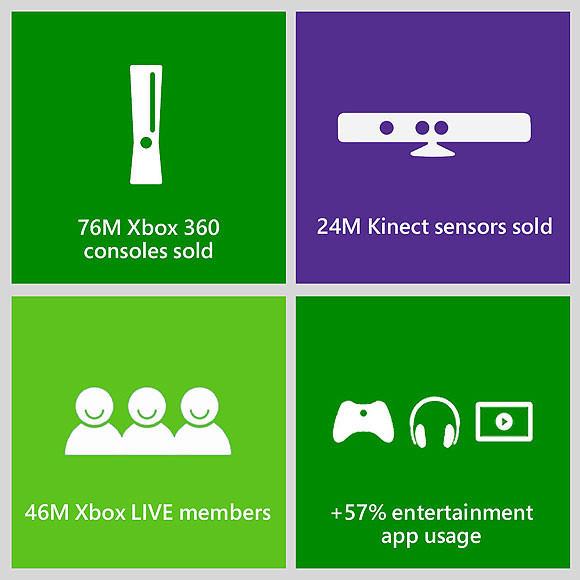 Microsoft has announced that they have sold 76 million Xbox 360s, 24 million Kinect sensors and that they currently have 46 million Xbox LIVE members – a clear indication of the company's living-room presence. These massive numbers show that the Xbox 360 is far more than a game console and is a media hub for the living room.

Microsoft has done a fantastic job of adopting the Xbox 360 over the life cycle of the device. What was originally a game console has transitioned into Microsoft's premier media hub for the living room. Having sold over 76 million units, Microsoft is clearly well positioned for the next great battle for computing, the living room.

Microsoft has stated that during 2013, the company will be launching more than 40 new voice-controlled, customized TV and entertainment apps for the Xbox platform. This dedication shows that Microsoft knows the importance of the platform in the living room and is working to position itself as the leader of living-room computing.

The attachement rate for the Kinect is quite impressive considering it launched several years after the launch of the Xbox 360. With the current figures, about 1 in 3 users purchased a Kinect or received a Kinect as part of a bundle with their console.