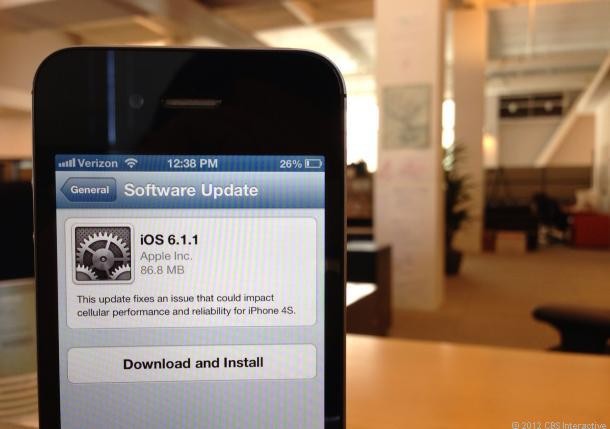 Two weeks ago, Apple's mobile operating system iOS received an update to version 6.1, adding LTE support for more carriers on the iPhone 5, iPad mini, and the two most recent iterations of the iPad. However, the update caused cellular and 3G networking problems on the iPhone 4S. With today's update, which Apple says "fixes an issue that could impact cellular performance and reliability for iPhone 4S," those problems should be over.

Some European carriers even advised their customers to avoid upgrading to iOS 6.1, because their iPhones could get problems connecting to the network and the internet as well as receiving and making calls or text messages. Some companies running also discovered excessive logging on their Exchange servers, with some companies even banning iPhones running iOS 6.1 from their networks.

The reason why Apple pushed this update only two weeks after the last update is probably because the company received some negative attention in the past with the introduction of iOS 6, which brought the flawed Apple Maps along with some Wi-Fi related problems. iOS 6.1 tried to resolve those issues, but replaced them with new ones.