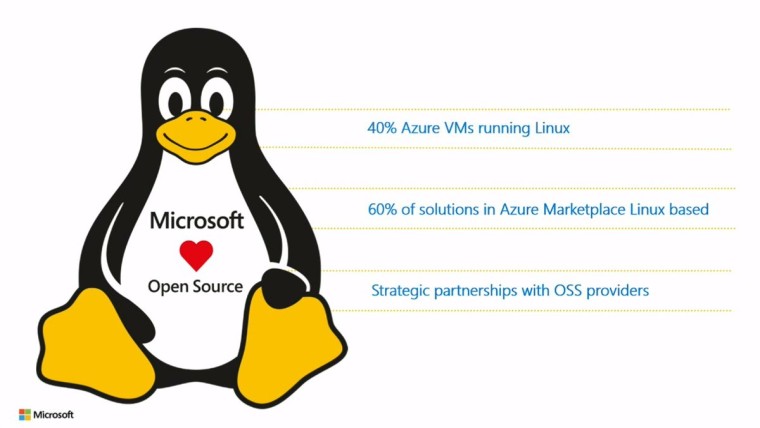 Microsoft has increased its commitment to open-source technologies recently and has a wide variety of Linux virtual machines (VMs) available for Azure users to deploy. In September, the company revealed that it was working with Canonical for a custom Linux kernel for Ubuntu VMs on Azure.

Now, during the Future Decoded event in London, Microsoft's developer account revealed a few interesting numbers in terms of Linux usage on the company's cloud platform. For a company developing Linux's main competitor it is a commendable feat and fits well with Microsoft's new mission to empower everyone.

The latest numbers show a decent run rate, as the company had revealed that about a third of its VMs were running Linux last year.

In addition to the Linux share among VMs, there is also the sixty percent share of Linux-based services on Azure and the availability of many open-source technologies for developers to use on the cloud platform. These numbers are definitely encouraging to see for open-source developers and enthusiasts, and it will be interesting to see what else the company has in store for the community in the future.