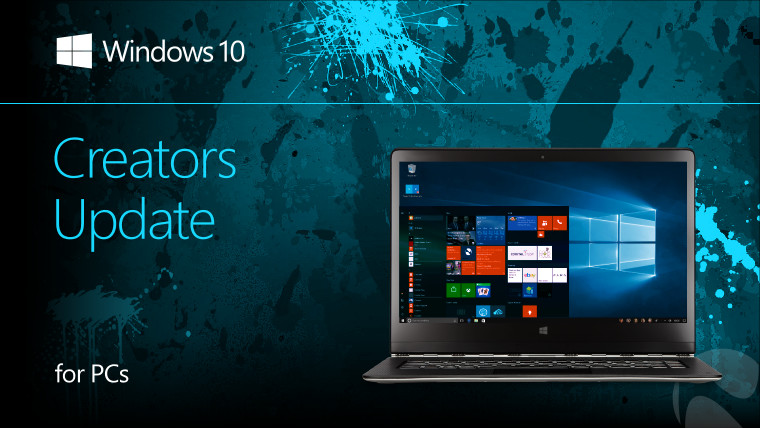 Next week, Microsoft will begin its general rollout of the Windows 10 Creators Update for PCs, and those who want to get the update early will be able to install it manually from tomorrow, April 5.

Build 15063 will then enter the Windows 10 Current Branch, replacing build 14393 (the Anniversary Update), and making way for the next wave of Insider Preview builds from the Development Branch, leading up to the eventual release of the Redstone 3 update later this year.

As with previous major Windows 10 update cycles, the earliest Development Branch builds after the Creators Update's release will be light on new features, as Microsoft will be prioritizing structural improvements before it makes more visible additions to the OS.

"You won't see many big noticeable changes or new features in new builds just yet," Microsoft's Dona Sarkar said today. "That's because right now, we're focused on making some refinements to OneCore and doing some code refactoring and other engineering work that is necessary to make sure OneCore is optimally structured for teams to start checking in code."

And just as with the earliest Redstone 2 builds, the first new Development Branch builds are likely to include "more bugs and other issues that could be slightly more painful for some people to live with."

Dona is advising users to check their Windows Insider Program settings, and make adjustments as necessary. If you're not comfortable dealing with potentially serious instabilities in the newest Fast ring builds, you might want to switch to the Slow ring to wait for a more stable release instead. You may decide that the Release Preview ring - where you'll get early access to the newest improvements and fixes for the Creators Update - is a better choice. Or you might want to opt out entirely of receiving new Insider Preview builds, and just enjoy a bit of stability for a few weeks before jumping back in.

You can check your status and switch to a different ring by going to Settings > Update & security > Windows Insider Program on your PC. You can opt out fully by pressing the 'Stop Insider Preview builds' button on the same settings page.

Windows 10 Mobile users will have to wait a bit longer for the Creators Update; the rollout for those devices is due to begin on April 25.

You can find out more about the new features and improvements coming in the Creators Update in our overview here.