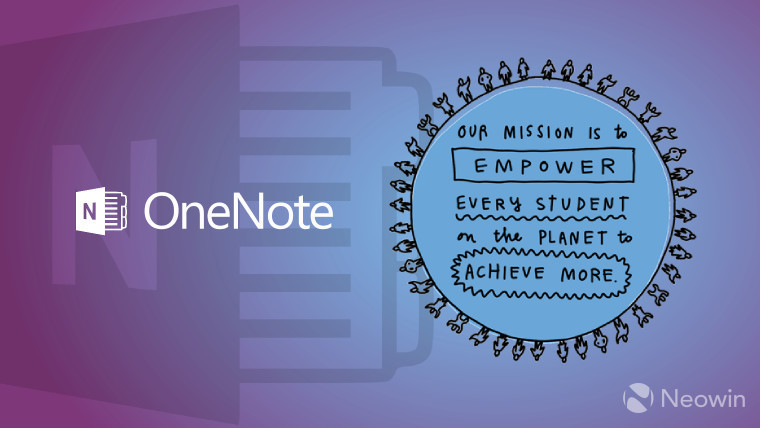 Just over a year ago, Microsoft introduced some welcome additions to its OneNote applications, in the form of new Learning Tools designed to "improve reading and writing experiences for all students - including for students with learning differences like dyslexia".

Non-profit organization Dyslexia Advantage hailed OneNote with Learning Tools as one of its top dyslexia-friendly apps of 2016, and they're not the only ones to be impressed with Microsoft's efforts in this area.

The British Dyslexia Association (BDA) carried out a limited, small-scale trial at Knowl Hill School in Surrey, England to explore the use of OneNote in assisting students with different learning abilities. The 11-week trial program found that OneNote's Immersive Reader, which can read out text shown on screen - including the student's own writing - had a significant and positive effect on the learning experience.

It gives [the students] more independence. If they're really dyslexic and they can't read really much at all, then they have to have someone else interpreting for them the whole time, reading and scribing.

"This puts that into their hands. They can do it themselves. And that's the key thing for me and I think that's why we saw an increase in their confidence over the period of the trial.

A total of 20 students were involved in the trial at various points during the 11-week period. The study found that 11 out of 16 students improved their reading comprehension, while there were behavioural improvements in 16 out of 18 - perhaps resulting from a sense of 'empowerment' coming from the newfound independence provided by that learning experience.

Kate Saunders, chief executive of the BDA, said that she expects "tremendous progress" to be made within the next five years as a result of "this partnership between the users and the developers, and the pace at which technology is moving".

This trial was clearly very limited in its scale, but Microsoft UK is keen to build on its success, and said that it hopes to conduct a larger study to help further improve OneNote for students with learning differences.

Since launching Learning Tools for OneNote last year, the company has integrated some of its features into other products in the Office family.