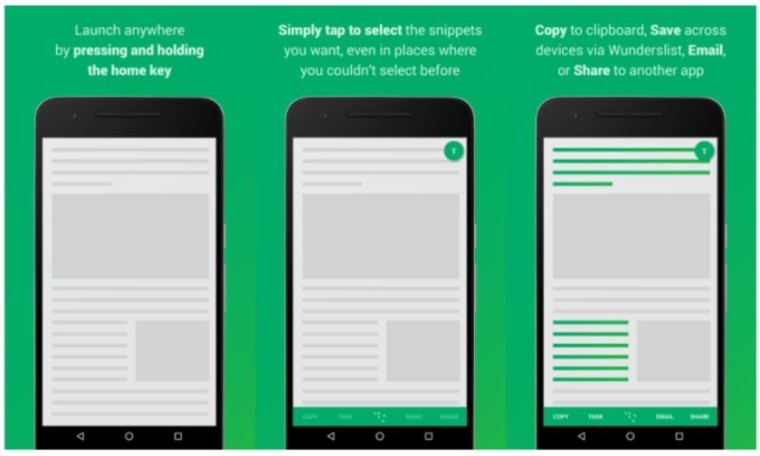 Microsoft Garage is back at it again with a brand new app for Android. This time around, the Garage team have launched a new app called "Clip Layer" that aims to improve Android's copy-paste abilities.

As the name may suggest, Clip Layer allows you to copy text or information from different apps, web pages, and other sources on your Android smartphone to share or paste elsewhere on your device.

It's a simplistic app that may prove convenient to users who need to snip information they may care about but were previously unable to do so. For example, hashtag hoarders using Instagram may find Clip Layer useful to copy tags directly from other users' posts into their own content. Clip Layer can also save clipped content to Wunderlist, enabling access from other devices.

The app was crafted by Steve Won, a senior designer with Microsoft's Office team, who was also behind the Hub Keyboard for iOS and Android. He noticed a couple of problems copying text from within apps and wanted to offer a simpler way to do so. Won also noted that there has been a flood of new apps being brought into the Google Play Store contributing to the dilemma regarding to sharing information between apps.

You can download Clip Layer from the Google Play Store. To read more about the project, head over to Microsoft Blogs.