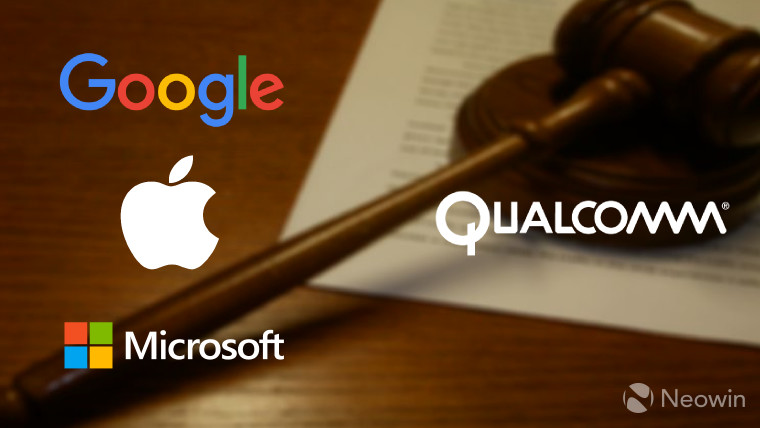 Apple and Qualcomm have been locked in a seemingly-eternal legal battle against each other for quite some time now. Earlier this year, Apple sued Qualcomm for $1 billion in the US, and then for a billion yuan (~$148 million) in China. It even filed a lawsuit against Qualcomm in the UK simply to apply further pressure on the company.

Qualcomm hasn't held back either; in March it sued Apple's contract manufacturers for withholding royalties, and in April for misleading customers about chip performance.

Just earlier this month, Qualcomm filed yet another lawsuit against Apple, seeking to ban the sales and marketing of iPhones in the US claiming that they infringe upon as many as six of the company's patents. In response, Apple's contractors struck back, accusing Qualcomm of violating antitrust laws.

As legal warfare among Qualcomm and Apple rages on, a lobbying group representing major tech companies has aligned itself with the latter. The group, called the Computer & Communications Industry Association (CCIA), represents Microsoft, Amazon, Google, Samsung, Intel, and Facebook. Apple itself is not a part of this group.

In its formal backing of Apple, the CCIA called upon regulatory authorities - such as the International Trade Commission (ITC) - to reject Qualcomm's attempt to ban the sale and import of iPhones in the US, as it would be damaging to the interests of consumers and would cause "significant shocks to supply" for phones. The CEO of the group, Ed Black, is reported to have said:

If the ITC were to grant this exclusion order, it would help Qualcomm use its monopoly power for further leverage against Apple and allow them to drive up prices on consumer devices. What’s at stake here is certainly the availability of iPhones and other smartphones at better prices.

The legal dispute with Apple has already started to take its toll on Qualcomm, with the company reporting a 40% slump in profit for Q3. It'll be interesting to the see how the situation progresses.