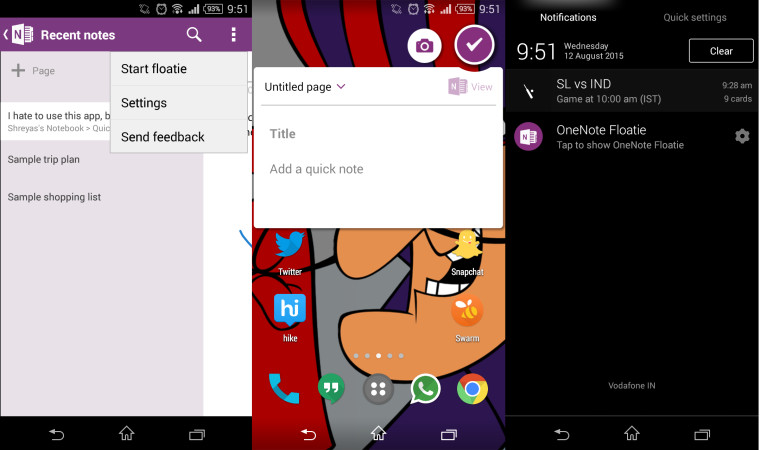 The OneNote app for Android has been updated with a new feature that allows users to pin their notes as floating icons.

Microsoft has been updating a number of its apps on other platforms recently as well as launching them for new types of devices such as the Apple Watch and Android Wear. Now, the company has updated the Android version of its OneNote app with a feature that allows easy access to notes from anywhere across the device, similar to the chat heads introduced by Facebook some time back.

The feature known simply as "Floatie" lets the user pin the notes of their choice as a floating icon that rests on top of everything and can be opened up without launching the full app. Users can directly take notes from texts, web pages or any other application that serves content without moving out of it.

OneNote being a popular note taking application on Android, this feature could be very well-received by the users. The update is now rolling out on the Play Store and may take some time for it to appear across all time-zones.