A couple of months ago Microsoft released Office 2016, bringing a variety of features such as real-time collaboration in Word, Excel gaining the ability to convert handwriting directly into equations, and fully touch enabled versions of the company's productivity suite. Now, Microsoft has introduced new "game changing tools", namely PowerPoint Designer and Morph to take productivity to make multi-media presentations even more interesting. 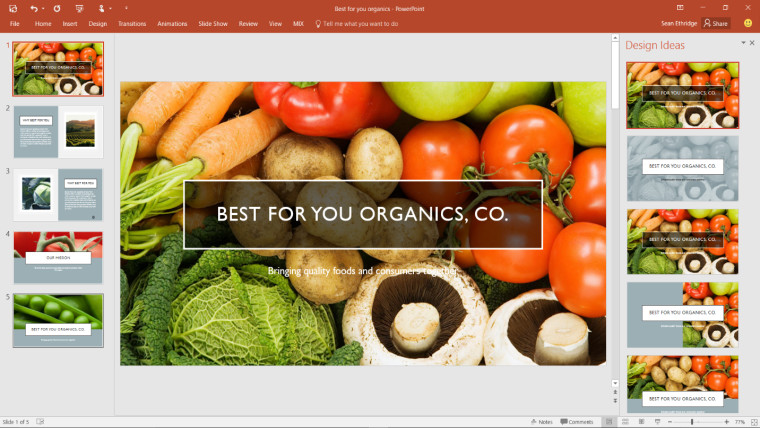 Microsoft explains that these intelligent tools will automatically create slides and presentations. Coupled with a recommendation feature powered by the cloud, it will allow users to get the maximize efficiency in Office. The smart animation technology introduces the ability to create enticing animations in just a couple of steps. Regarding PowerPoint Designer, Microsoft details that:

PowerPoint Designer allows anyone to create high quality professional slides within seconds. Just drop an image into your presentation and Designer provides you with several design ideas. Select your favorite and you’re done! This allows you to spend less time figuring out how to produce high quality designs and more time preparing for that key moment—your presentation.

The company further explains that the Designer feature works on the concept of automated design, smart image analysis, powered by the cloud. This was built in collaboration with professional graphic designers who helped create 12,000 blueprints. Depending upon the slide's content, Designer will automatically zoom, crop and even frame the image. If the image contains a graph or a chart, Designer will focus on it, highlighting relevant data. Detailing PowerPoint Morph, the company sates that:

Morph creates cinematic motion by seamlessly animating between your slides. Morph doesn’t just animate regular text or images, it can animate 3-D shapes or be applied at a word or even character level, including text wrapping. Simply duplicate slides you want morphed together, move the objects based on how you want them to animate and click the Morph button under Transitions. You’ll be amazed with the quality of animations you create with just one click.

Microsoft further explains that PowerPoint Designer and Morph are premium offerings available exclusively to Office 365 subscribers. The features will be available in the Windows version of Office 2016 in the next couple of weeks for commercial and consumer Office 365 users, followed by more platforms later. However, if you enroll in the Office Insider program that the company launched yesterday, you'll be able to get your hands on the new features as early as the coming week.