Before now, if a person wanted to make an app for Windows 8 or Windows Phone 8, the usual way is to program and create the app with a PC and associated development tools. Today, Microsoft announced that its research division has come up with a way to create apps for both operating systems via just a web browser. 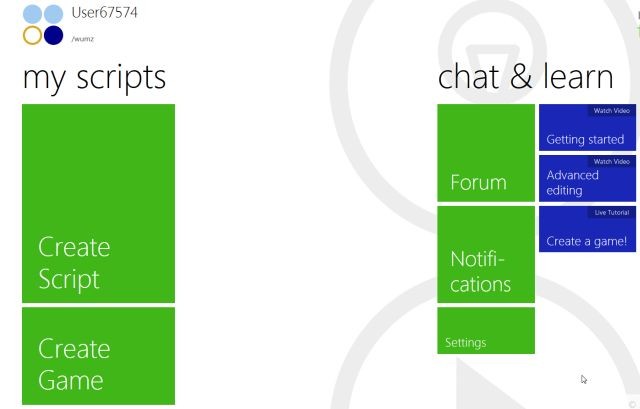 You will have to sign in via your Windows Live, Facebook, or Google account to access the TouchDevelop Web App page. Once that's done, you can begin your great app development career by watching some tutorial videos on how to use the available tools on the site to make Windows Phone 8 or Windows 8 apps. While the web app has been programmed for use by touch screens on tablets and smartphones, PC users can also use it with a keyboard and mouse.

As you can see, it has a "Modern" UI design that should get aspiring developers in the mood to make apps for Microsoft's newest operating systems. There's also a forum where people can discuss their creations, along with a way to see what other TouchDevelop Web App creators have already made with the web tools.