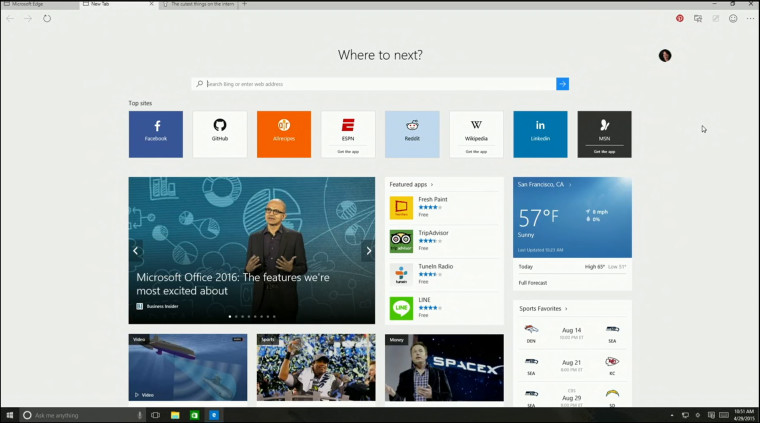 Just as Microsoft's Windows Phone has an app gap, Internet Explorer lacks popular extensions that are available on other browsers, but Edge is set to change the scene with near compatibility with Chrome and Firefox extensions.

On the first day of BUILD 2015, Microsoft unveiled Edge, the web browser for Windows 10 across all devices. During the keynote, VP of Operating Systems, Joe Belfiore demonstrated an extension for Reddit from Chrome built using HTML and JavaScript running on Edge, after the team had made minor tweaks to the original.

Joe also demonstrated a Pinterest "Pin It" extension that resides in the toolbar and can be used to discover images on a particular page and share on a Pinterest board. It is still unclear how users can install these extensions as there is no mention of a store such as the Chrome Web App Store or Firefox Addons.

There is no information about the Windows 10 build that contains this particular Edge browser but with a new build dropping today, we may see it very soon.