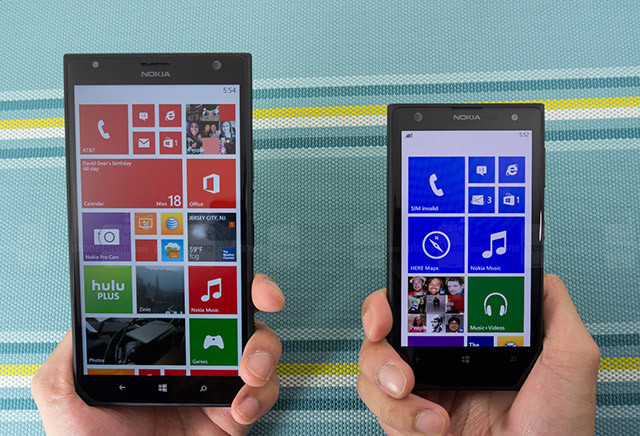 Microsoft has launched yet another offer this week, as part of which, it would give the customer a brand new Lumia 1020 or 1520 in exchange of select iPhone and Galaxy models.

According to the offer listed on Microsoft's online store, a customer can trade-in a used iPhone 4, 4S or a Samsung Galaxy S2 for a new Lumia 1020 or 1520 as per the customer's choice. The Lumia smartphones would come with a 2-year contract with AT&T. In case of existing AT&T users, it will be considered as an upgrade while non-AT&T users will have to sign up for a new contract. Customer may have to bear the regional taxes even though the new phone is free of cost.

Microsoft associates at the store would examine the customer's old smartphones for defects and missing components. Non-working or damaged devices will not be considered for the offer. The terms of the offer also mention that the smartphone to be traded-in should have all the accompanying accessories.

The offer will be available at the Microsoft Stores till March 2nd similar to the Xbox Music and Exchange offers launched by Microsoft this week.