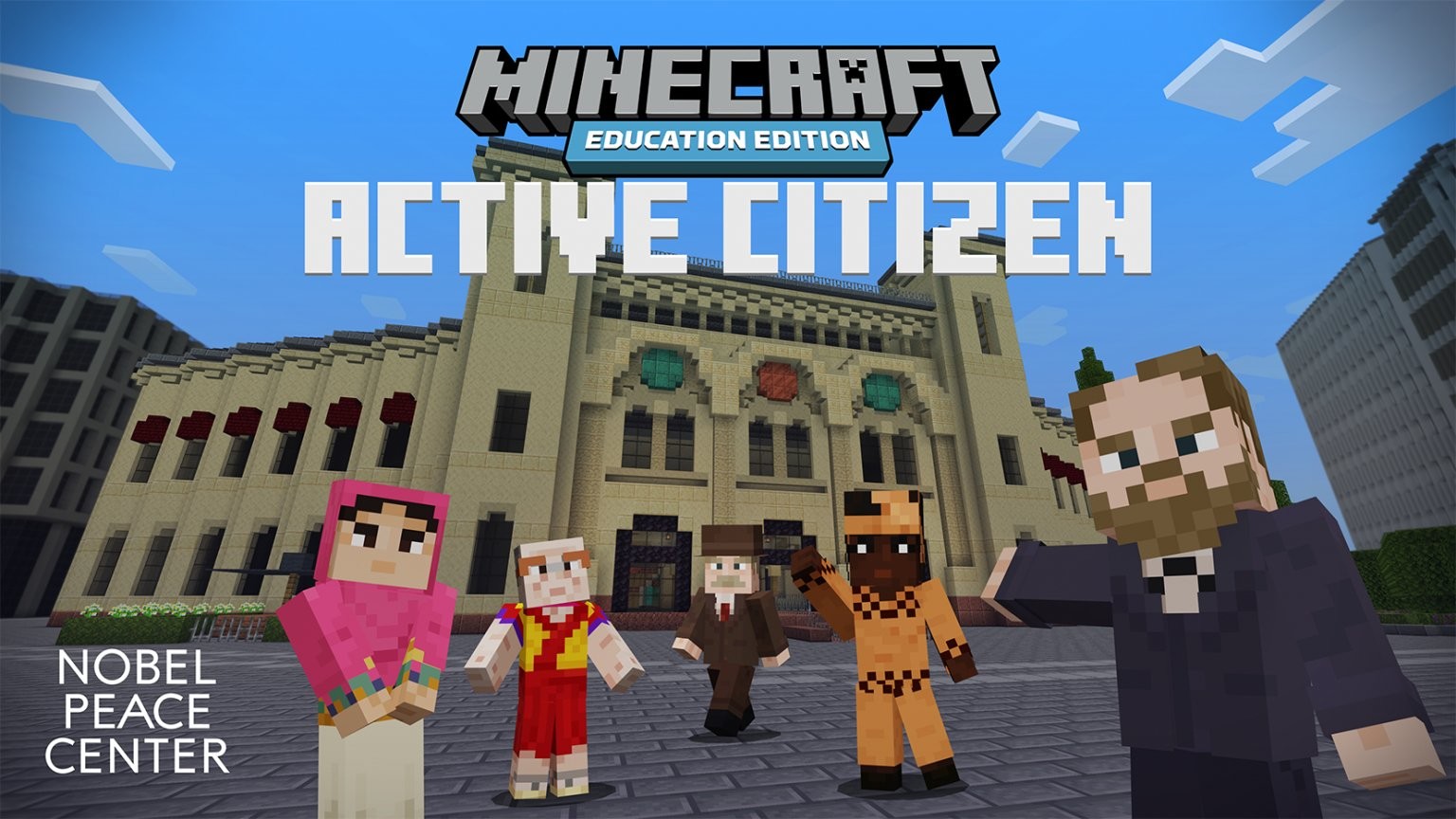 Microsoft has announced the release of an immersive Minecraft learning experience, Active Citizen, at the Noble Peace Center in Oslo, Norway. The latest project sheds light on the life of Noble Peace Prize laureates with the aim of educating youngsters and promoting an understanding of the capabilities required to bring a positive change.

Commenting on the launch of the Active Citizen project, Microsoft stated:

The Nobel Peace Center in Oslo hosted a live launch event, as Norway’s Minister of Education Tonje Brenna and Odin Adelsten Bohmann from the Department of Culture met with local students from Kampen School. They discussed what it means to be an active citizen and play the game for the first time with members of our Minecraft Education and Microsoft Norway teams. Dignitaries from around the world including His Holiness the 14th Dalai Lama, Wanjira Mathai, Chairperson of the Wangari Maathai Foundation, and Vidar Helgesen, Executive Director of the Nobel Foundation, have supported and participated in this groundbreaking project.

Active Citizen is available in Minecraft: Education Edition for learners across the globe. It incorporates accompanying resources on the web for classroom use such as lesson plans and teacher discussion guides that have been developed for students aged 8-16.

Upon entering the Active Citizen Minecraft world, players find themselves in the Noble Peace Center in Oslo where they first meet Alfred Nobel and then four other Noble Peace Prize laureates including Malala Yousafzai, Wangari Maathai, Fridtjof Nansen, and the 14th Dalai Lama to learn about their stories and aid them in succeeding in dealing with a challenge on the way to building peace in their communities. In the end, the game calls on the players to identify a local cause that is important to them and develop a unique Minecraft build that is the accurate representation of their vision of peace.

At Mojang Studios, we are committed to building a better world through the power of play and inspiring young people to make a positive impact in their local communities. We hope that by inviting young people to meet Nobel Peace Prize laureates, learn about their lives and visit their homelands in a familiar Minecraft world, they will be inspired to take action to make the world a more peaceful place for all. We are honored to partner with the Nobel Peace Center and Games for Change to inspire action through game-based learning.

The Active Citizen game and accompanying lesson plans are available for the users of Minecraft: Education Edition, in-game, and on the Minecraft website. A free demo of the game will be offered later this month.