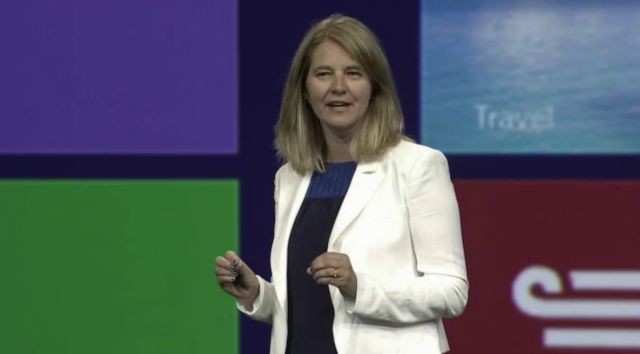 Microsoft launched the preview version of Windows 8.1 in June, and earlier this week it allowed TechNet and MSDN subscribers to access the RTM build of the Windows 8 update. This week, during a keynote address at the Intel Developer Forum, Microsoft's marketing head Tami Reller told the crowd there had been over 2 million downloads of Windows 8.1 so far.

The transcript of the keynote speech doesn't show that Reller offered any more info on that statistic. so we don't know if the 2 million number is just for the preview version or if Microsoft is also counting the RTM bits it offered to developers this week. We have emailed Microsoft for more information. Of course, we are sure those download numbers don't include any that come from the leaked preview or RTM Windows 8.1 versions that have made their way online.

One interesting Windows 8.1 statistic comes from the Steam hardware survey page. Valve allows customers who download the Steam client a way to voluntarily upload their hardware and software data for the survey. The month of August shows that Windows 8.1 was installed on 0.45 percent of PCs with Steam. That's a small number, but it's still higher on the survey list than all of the Linux-based operating systems that support Steam.

Update: Microsoft has now told Neowin that the 2 million number mentioned by Reller includes both the Windows 8.1 preview and the number of downloads of the MSDN-TechNet RTM builds.