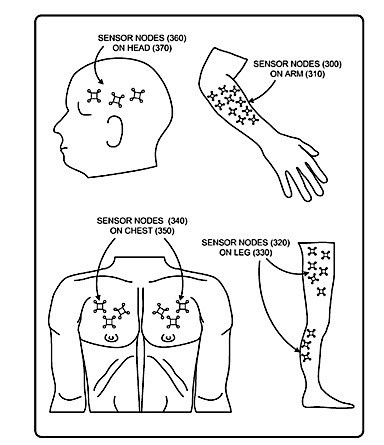 Wearable computing devices seem to be all the rage recently; witness the massive media response to the Google Glass project. Now Engadget reports that Microsoft has been awarded a patent by the US Patent and Trademark Office that uses electromyography (EMG) technology for controlling hardware in combination with body parts and movement.

The patent filing describes how the product uses sensors that can be placed in a number of locations on a human body, including the head, arms, chest and legs. Those sensors can then be made to pick electrical signals that are created by a person's muscles in those areas. The signals can then be sent to a computing device.

Such a product could be made to calculate actions based on specific motions and gestures in a person's body which can be used to command certain functions in a hardware device. Obviously, such a wearable computing system could be used for a number of medical or fitness applications but they could also, in theory be used for gaming and even regular smartphone or PC work.

Microsoft frequently files patents but many times an actual physical product is never created so don't hold your breath and expect to be wearing EMG sensors anytime soon. However, such research could be used for future Microsoft product launches that will incorporate parts of the patent.