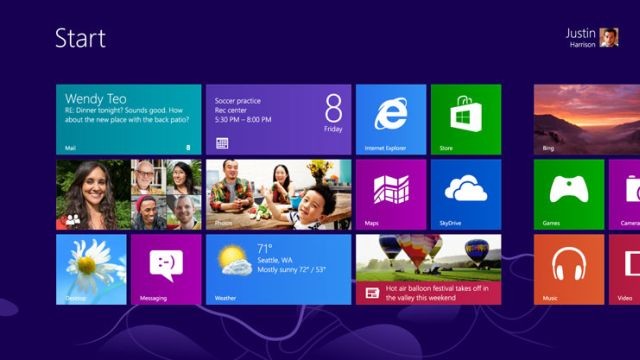 We have heard it many times about Windows 8; the Start screen and other aspects of the "Modern" UI causes Microsoft's latest OS to have more of a learning curve than previous versions of Windows. To refute this, Microsoft has been pushing the fact that learning Windows 8 is much easier than some might believe, including posting a video that features young kids showing adults how easy Windows 8 is to use.

Today, Microsoft posted up an in-house Q&A with Tami Reller, the CFO of the Windows division. Reller, who apparently is doing the interview circuit this week, that says the company's testing show that the majority of people catch on how to use Windows 8 pretty quickly. She states:

Fifty percent of users get through the out of box experience in less than 5 minutes. On the very first day, virtually everyone launches an app from the Start screen, finds the desktop, and finds the charms. Almost half of users go to the Windows Store on that first day. After two weeks, the average person doubles the number of tiles on Start. Live tiles engage people with content – by early January we had already delivered over 45 billion unique live tile updates.

Reller also repeats what Microsoft has already stated; namely that the company has sold 60 million Windows 8 licenses and that there have been over 100 million downloads of apps from the Windows Store.