Microsoft has released its IE 9 preview #2 and is touting the many improvements made over the previous releases.  Available for download now on ietestdrive.com, the latest version has several enhancements over the previous betas.

On the official IEblog, Microsoft states that “today’s release builds on the first Platform Preview, delivering improvements to IE9’s performance, support for standards, and hardware acceleration of HTML5…As part of our commitment to enabling developers to use the Same Markup – the same HTML, CSS, and script – on the web, we have contributed many new tests to the W3C for HTML5, as well as CSS3 Media Queries and DOM. The Developer Tools in this preview include some new features to make finding and fixing markup issues easier.”

Microsoft also showed off some of the browsers capabilities by running the Acid 3 test and the Webkit Sunspider test (JavaScript) results. 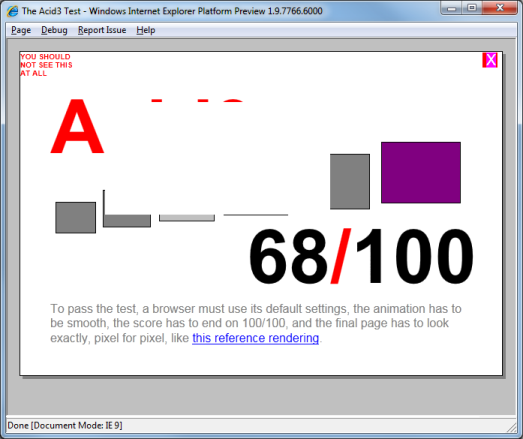 The Acid 3 tests shows a score of 68/100, while better than previous version, it shows that Microsoft still has room for improvement.  They state “as IE runs more of the “same markup” that developers actually use on the web, our Acid3 score will continue to go up.” 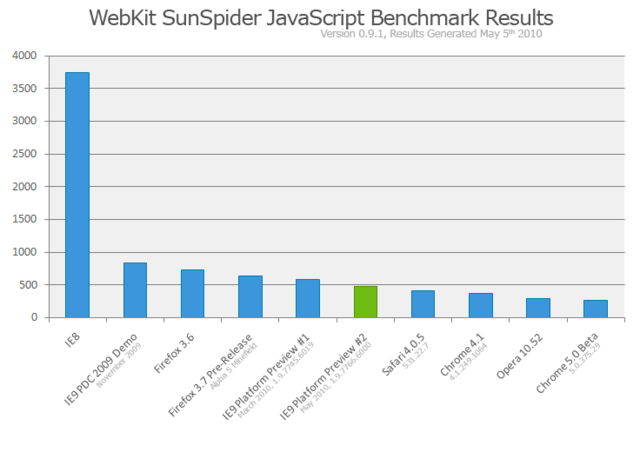 On the JavaScript results, the IE9 browser has shown great improvement over IE8 but it is still trailing Chrome, Opera and Safari.  “we continue to make IE9’s script engine faster for real world sites, IE will continue to become faster at this particular benchmark as well. To date we’ve done very little specific tuning for Webkit Sunspider. As with most benchmarks, depending on your machine, the differences may vary.”

The bigger question is will Microsoft’s latest browser help to stem the loss of market share.  With IE for the first time dropping below 60% market share, there will be a lot of attention given to IE 9 to see if it can match or even beat its competitors.