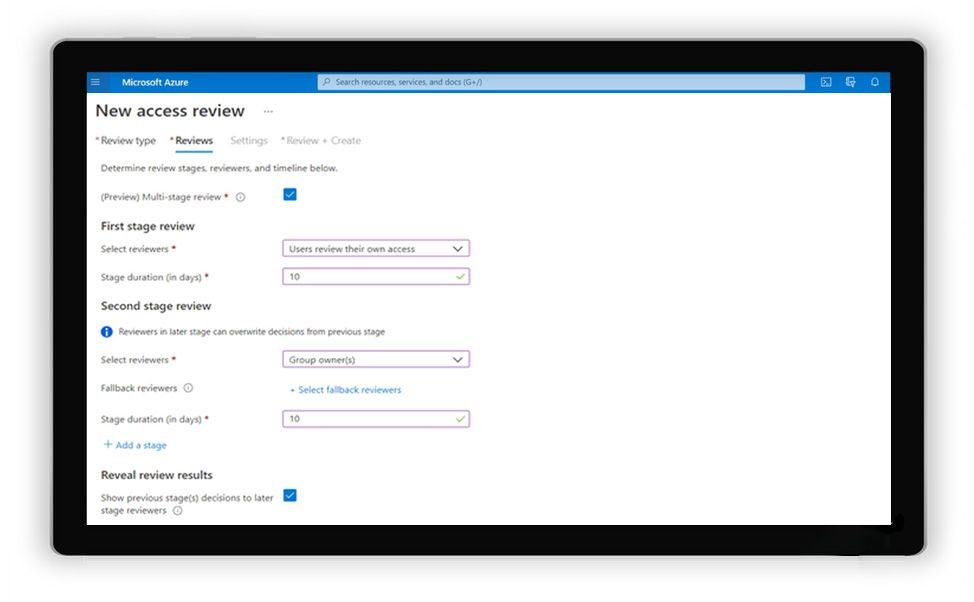 Microsoft has announced the public preview of multi-stage reviews with Azure AD access reviews. With the latest update, users can now construct access reviews in sequential stages, each with its own set of reviewers and configurations.

The new resource will also allow you and your organization to enable complex workflows to meet recertification and audit requirements calling for multiple reviewers to attest to access for users in a certain sequence. It will also enable you to design more efficient reviews for your resource owners and auditors by mitigating the number of decisions each reviewer is accountable for.

Commenting on the topic, Microsoft stated:

Previously you may have artificially created multiple disjointed reviews to achieve the same purpose, but now with multi-stage reviews this all takes place in the context of just one review.

To learn how to set up multi-stage reviews, head over to the dedicated webpage here.