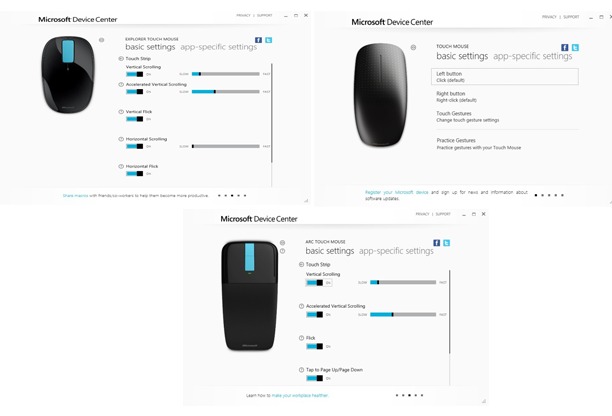 The beta version of the Microsoft Device Center is now available to download from the Microsoft Hardware web site (actually, it's been available since the Windows 8 Consumer Preview came out but wasn't given a lot of press by Microsoft at the time). The software comes in both 32-bit and 64-bit versions.

Basically, Microsoft mice and keyboard owners who are using Windows 8 can use this beta software to combine its IntelliPoint software made for the mice products and the IntelliType keyboard software into one system that can be used for both types of devices.

The Windows 8 user interface can be used to change settings for both Microsoft mice and keyboards, including slide bars to change the speed of vertical scrolling for the mice and assigning button assignments for keyboards.

Keep in mind this is a beta version of the software so errors might occur; the beta is also only available for English at this time.