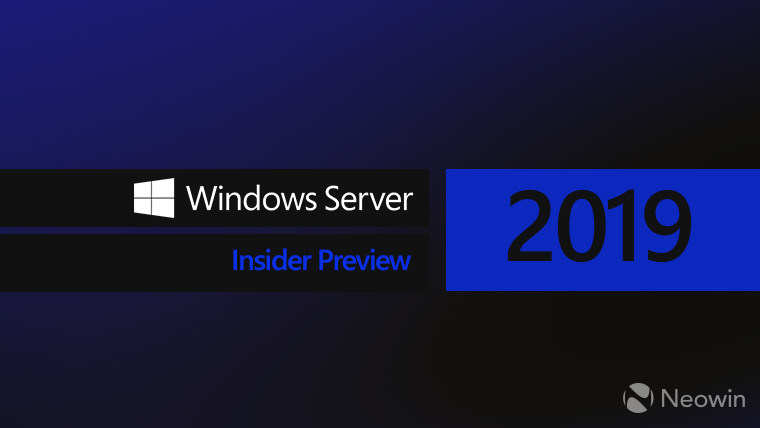 While Windows 10 Redstone 4 is still in a sort of limbo, Redstone 5 development is well underway. Microsoft today released a new RS5 build of Windows Server, bringing the build number to 17650, which aligns with the latest Windows 10 client Insider Preview.

That's not new to this build though, as Windows Server 2019 build 17650 contains the following new features:

One of the witness options available for failover clustering, File Share Witness, has two new enhancements.

The first enhancement blocks the use of a Distributed File System (DFS) share as a location. Adding a File Share Witness (FSW) to a DFS share can cause stability issues for your cluster, and this configuration has never been supported. So, we added logic to detect if a share uses DFS, and if DFS is detected, Failover Cluster Manager blocks the creation of the witness and displays an error message about not being supported.

The second enhancement enables the use of an FSW for several scenarios that were previously not supported:

Moving a cluster from one domain to another has always been a daunting task because you must destroy the cluster to move it. Depending on the roles in the cluster, that role must also be removed and recreated. The following are two common scenarios:

We have added two new PowerShell commandlets to quickly take you from one domain to another without the need to destroy it. For more information about this new capability, see How to Switch a Failover Cluster to a New Domain in Server & Management blogs.

As usual, the build expires on July 2, although you certainly shouldn't expect Windows Server 2019 to be finalized before then. It should be released sometime this fall, possibly at Microsoft's Ignite 2018 conference.

To download the latest build of Windows Server 2019, you can find it here.