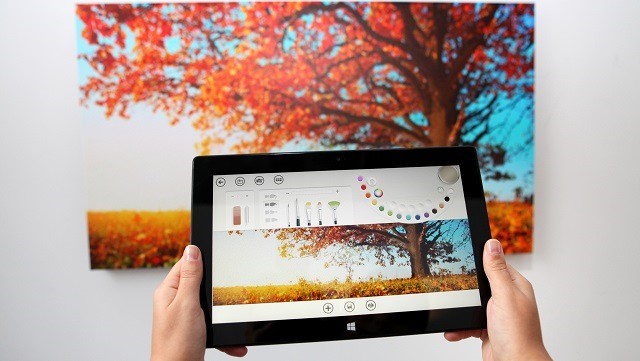 In July, Microsoft released an update to its Fresh Paint app, exclusively for users of the Windows 8.1 preview build. Today, the company announced it will release another improved version of the digital painting app when the final version of Windows 8.1 is launched on October 18th.

Microsoft stated in a post today on the Windows Experience blog that the new Fresh Paint update will add to the improvements seen in the Windows 8.1 preview version - such as a revamped UI, the new watercolor medium and the graphite pencil set - with a number of all-new features. One of them will allow users to create large canvas prints of their Fresh Paint creations that will be suitable for placement on the wall of your home or office.

Microsoft has partnered with a company called CanvasPop which has created a new printing API that will be used first by the Fresh Paint app. After finishing their creation in the app, Microsoft says users can then swipe up from the bottom of their art project in Fresh Paint and tap or click on "Print". Users will then be able to select from a number of size and framing options for their art canvas. CanvasPop then prints it, frames it, and ships the art print out to the owner.

Microsoft says they had to come up with a new technique that would allow artwork made in Fresh Paint to scale up to larger canvases. It stated:

We do this by analyzing the painting pixel by pixel using bilinear filtering, and then smoothing out pixels as it scales. It is the equivalent of zooming in very close to the painting, taking a ton of pictures of it, and then stitching all of them together to make a giant rendering of the painting. This allows us to render very large prints even from small devices in a way that keeps the user experience simple, magical, and fun.

Microsoft has also added something called Inspire Me to the new Fresh Paint app. Basically, it shows a number of images that artists can import and use as paint subjects. It also has Bing search support so that users can find specific images on the Internet that can serve as a starting point for their work. There's even support for importing a painting directly from SkyDrive. 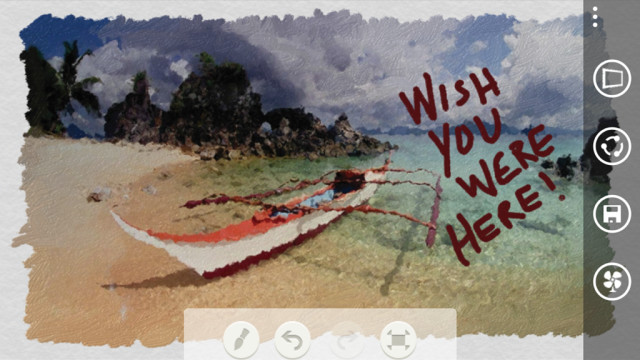 The Fresh Paint app for Windows Phone 8 that was released earlier this year will also get a new update on October 14th. It will add graphite pencil support along with new photo filters and an updated UI. Windows Phone users can also save their creations to their SkyDrive account and then go back and finish the work in the Windows 8.1 version of Fresh Paint.