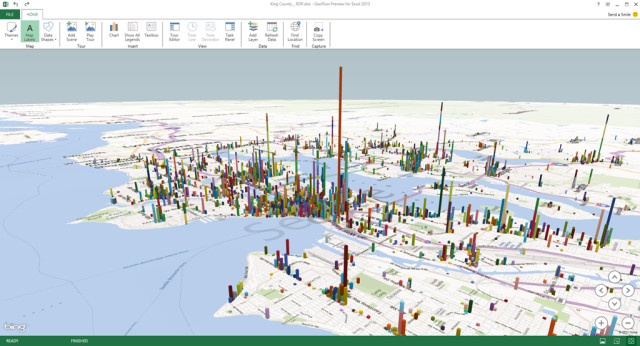 Continuing the flood of new announcements and reveals from the 2013 Microsoft Worldwide Partner Conference, the company showed off a new cloud business intelligence solution designed to work with the latest version of Office and Excel.

As revealed on the Office blog, the service is called Power BI for Office 365. While the Excel application in Office 365 already offers some business intelligence features such as Power View and Power Pivot, Power BI combines both of these features, along with Data Explorer (now called Power Query). Power BI also features Power Map, which allows Excel users to view spreadsheet data in 3D maps. Microsoft previously launched a preview version of Power Maps under the name GeoFlow back in April. 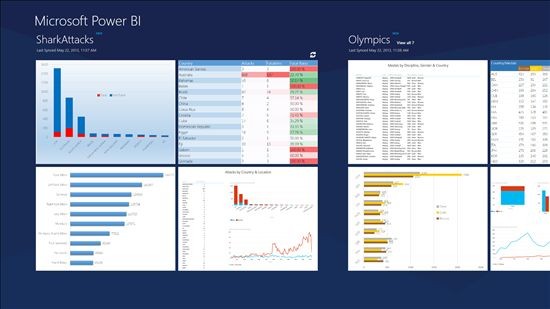 In addition, Microsoft said that it will release Windows 8 and RT apps for Power BI, along with an app designed for Apple's iPad. Microsoft states:

Customers now have the ability to easily search, discover and access data inside and outside of their organization and, with just a few clicks, shape and transform that data. They can also analyze and create stunning interactive visualizations that uncover hidden insights to share and collaborate from virtually anywhere, on nearly any device.

Microsoft said a preview version of Power BI for Office 365 will be available sometime later this summer. More information on the program can be found on the Power BI website, along with a way to register for the preview release. Pricing for the final version has not yet been announced.