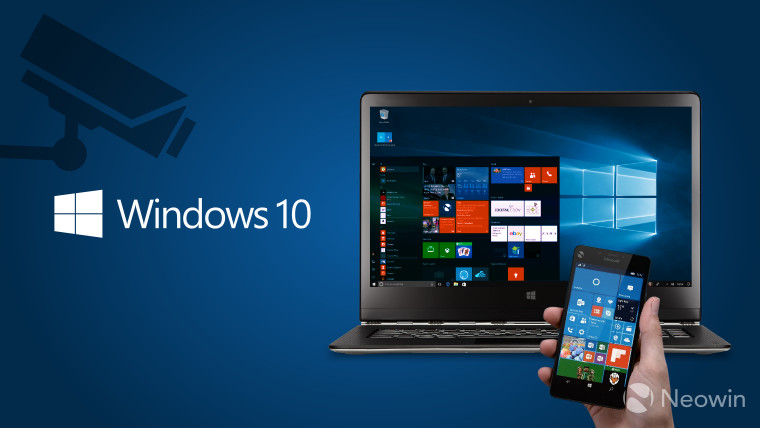 Over the last year or so, Microsoft has been making significant changes to Windows 10, in response to feedback from users about privacy issues, as well as concerns raised by regulators and watchdogs. While some would argue that Microsoft hasn't gone far enough with those changes, it seems the company is at least moving in the right direction.

A few weeks ago, France's data protection commissioner, CNIL, noted that Microsoft had halved the amount of data it collects from Windows 10 users, having previously accused the firm of failing to comply with French laws. Today, Microsoft said that it's received a considerable amount of positive feedback to its recent privacy improvements.

Microsoft's Marisa Rogers, Privacy Officer for the Windows Devices Group, said that the company has "seen a positive reception to the web-based privacy dashboard which allows you to see and control your activity data across multiple Microsoft services". The dashboard was announced in January - following a lengthy investigation by Switzerland's Federal Data Protection and Information Commissioner (FDPIC) - and has since been visited by over 23 million people.

Microsoft also introduced a new privacy setup experience for Windows 10 this year, with more controls, and clearer explanations for the types of data that it asks to collect. Rogers said that since those changes were implemented, "71 percent of customers are selecting Full diagnostics data to help us fix things and improve Microsoft products. "

However, she also acknowledged that "there is still work to do to meet and anticipate the expectations across our diverse customer base and provide you with the best privacy experience possible". She added that Microsoft is committed to ensuring that Windows 10 is compliant with the European Union's new General Data Protection Regulation (GDPR), which will come into effect next year.

Further privacy changes are on the way, and will debut in new Windows 10 Insider Preview builds "in the coming weeks".