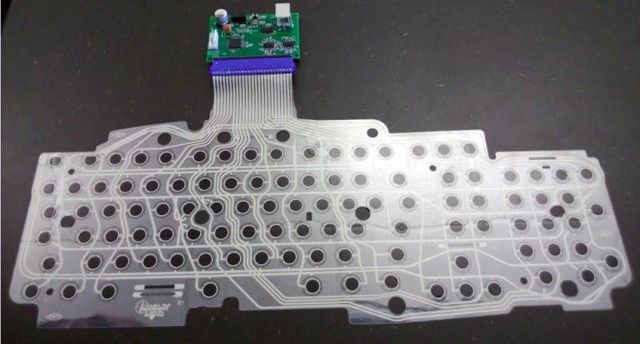 No matter what people may think of the Surface RT and Surface Pro tablets from Microsoft, the Touch Cover that Microsoft made for the tablets has been a standout feature from the moment it was announced. In a new post on the Surface blog, Microsoft has shown off some early prototypes of what would eventually evolve into the accessory that's now on sale.

The blog post first shows an image of a full-sized PC keyboard but with the thin pressure-sensitive input hardware, seen above, that would make its way to the Touch Cover on the Surface. 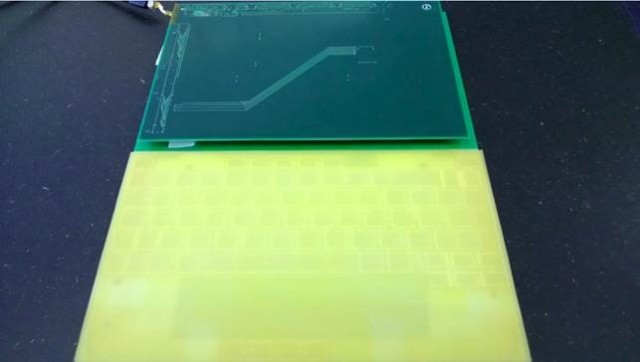 Another image shows a prototype of the Surface Touch Cover, complete with the cover's tactile material. Microsoft said that it was important for the team that the Touch Cover also include a full trackpad, adding, "Navigate your Surface with ease simply by moving your finger and clicking. You can switch between programs, right click to a new browser tab, and copy and paste with ease."

As far as the different color choices for the Touch Cover (cyan, red, magenta, black, and white), Microsoft said, "We knew including black and white would be helpful for those who wanted to keep it simple and straightforward. For the bright and colorful personality, we included our fun colors of red, magenta and cyan."

Microsoft is also still selling the limited edition Touch Covers, each with laser-etched designs that have been created by some acclaimed designers and artists.