On Wednesday, Microsoft announced how Internet Explorer 10 while running in Windows 8 was made to offer better JavaScript performance for websites. Today, the Exploring IE blog offers even more information on how website performance is improved with IE 10, this time with sites  programmed with HTML5.

Microsoft says that website designers who change their code to have them be more compatible with HTML5 will see a massive increase in page loading under IE 10. The blog states. "In fact, we found that sites in IE 10 got an average of 30 (percent) better page load time when they switched to Standards Mode. The benefit is similar in IE 9 too."

Microsoft said it has worked with developers at a number of major sites to help them improve their page load times by having them rendered in Standards Mode. Often, the change was based on just one or two lines of code to force the sites to run in Standards Mode. Microsoft claims the results were pretty impressive.

In addition to altering one or two lines of code, faster load times can be generated by site designers updating their frameworks and libraries. Microsoft also said that some websites used webkit-based prefixed code made to run on Google's Chrome and Apple's Safari browsers; Microsoft claims using other web standards that were the equivalent to webkit solved this issues. 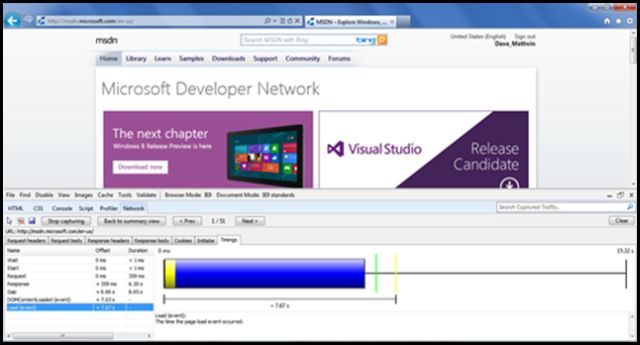 Microsoft says that web developers can check out the company's F12 Developer Tools in both IE 10 and IE 9 to check out how their sites load in various rendering modes.