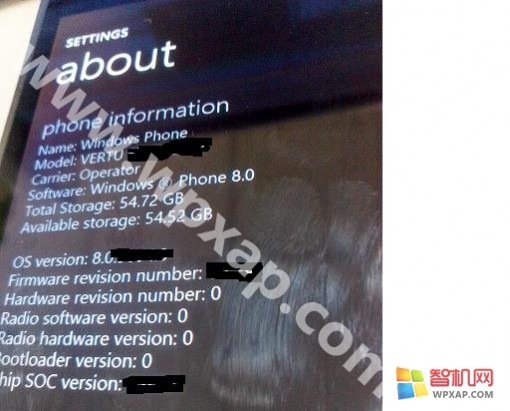 Nokia is not having a good day today as the mobile phone maker announced plans to cut 10,000 team members from the company by the end of 2013. Nokia CEO Stephen Elop also said today that the company will stay the course when it comes to releasing smartphones based on Microsoft's Windows Phone OS and also stated that Nokia will be releasing smartphones that are cheaper than the current Lumia 610 device.

One of Nokia's other decisions that was revealed today was to sell off its luxury-based Vertu smartphone division. Now one of Nokia's Vertu Windows Phone products may have been revealed, or at least a prototype of that device. The WPXAP site has posted up what it claims are some extreme close-up images of the device, which shows the name "VERTU" as the model number. 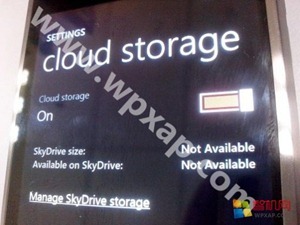 One interesting note about the images is that the storage capacity on this phone is shown to be 54.72 GB, which would be a massive amount for most smartphones. Another image shows some kind of "Cloud Storage" feature using Microsoft's SkyDrive service. The post also claims that current Windows Phone products will be able to be upgraded to Windows Phone 8 but without some of WP8's features.

The pictures are so close up that it's hard to see what the actual design of the smartphone looks like. However, with Nokia's announcement that it will sell off Vertu today, it's possible that this model may never be released.