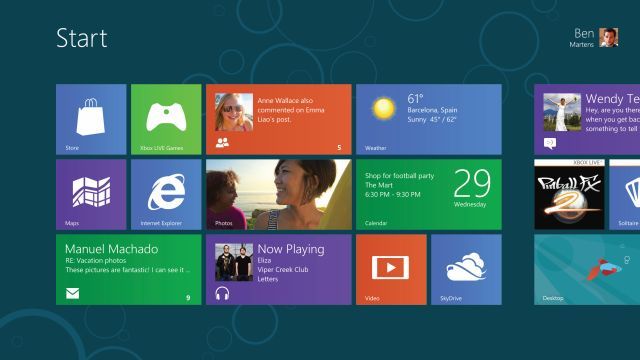 Today, Microsoft launched the Windows 8 Release Preview build, which will likely be the last free version of the operating system before Microsoft signs off on the final version. As expected, the official Windows 8 blog has also been updated today as Windows head man Steven Sinofsky talks a bit about the Release Preview launch

However, Sinofsky doesn't focus on the Release Preview in the blog but rather the Windows team's road from that build to the "final" shipping version of Windows 8, also known as Release to Manufacturing (RTM). Sinofsky states:

Our focus from now until RTM is on continuing to maintain a quality level higher than Windows 7 in all the measures we focus on, including reliability over time; security to the core; PC, software, and peripheral compatibility; and resource utilization. We will rely heavily on the telemetry built into the product from setup through usage to inform us of the real world experience over time of the Release Preview. In addition, we carefully monitor our forums for reproducible reports relative to PC, software, and peripheral compatibility.

Some of the topics that the team will look into improving for Windows 8 RTM include installation, security, software compatibility, and servicing. On that topic, Sinofsky states:

We will continue to test the servicing of Windows 8 so everyone should expect updates to be made available via Windows Update. This will include new drivers and updates to Windows 8, some arriving very soon as part of a planned rollout. Test updates will be labeled as such. We might also fix any significant issue with new code. All of this effort serves to validate the servicing pipeline, and to maintain the quality of the Release Preview.

Sinofsky adds that the Windows 8 team is being "very deliberate" with regards to changes in the operating system and the company is trying to make sure that the quality of the software is where they want it to be ultimately, Sinofsky says that if everything stays on schedule as expected, the Windows 8 RTM build should be in its "final phases" in about two months, or the end of July. If that happens, PCs installed with both Windows 8 and WindowsRT (also known as Windows 8 ARM) should be "available for the holidays."