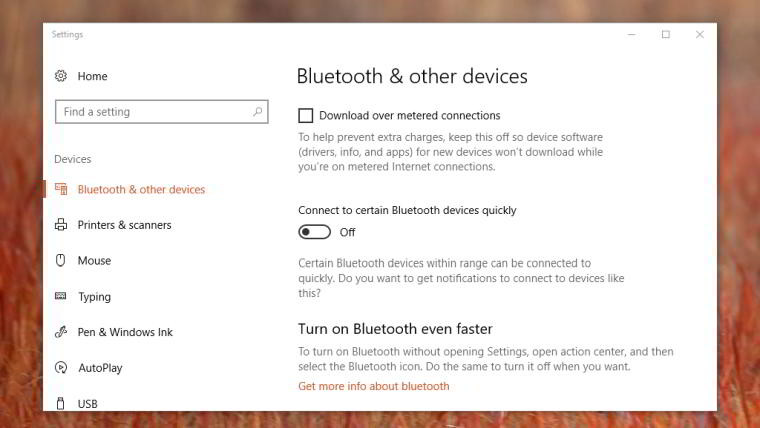 Trying to pair Bluetooth devices with various operating systems can be a bit cumbersome at times. However, it appears that Microsoft is trying to streamline the process somewhat with a new Windows 10 feature that has started to appear in Redstone 4 preview builds of the OS.

Internally called Quick Pair, all you will need to do is hold a headset near the Windows machine, which will then automatically recognize the Bluetooth device nearby and alert you via popup. Just tap the pop up and you are connected. No more pushing and holding device buttons while watching blinking LED lights.

The feature is as yet undocumented in any Redstone 4 preview build notes so far. Build 17046 was just released to the Fast Ring today.

Thurrott checked how the new functionality works in comparison to Android Fast Pair and found that the two are similar, which opens up the possibility that Microsoft could use the ability to pair with all kinds of Bluetooth devices, in addition to their proprietary Xbox or Surface peripherals. Whether it happens is still up in the air.