Microsoft is still actively supporting and selling its eight year old Xbox 360 game console and today the company announced a new bundle that will include two free games along with a free month of Xbox Live Gold service. 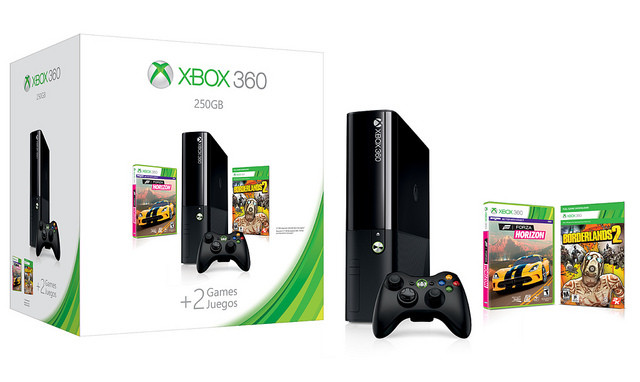 The Major Nelson site reports that the spring 2014 Xbox 360 bundle will be based on the 250GB version of the console. The two free games that will be included are Forza Horizon, the 2012 racing game from developers Playground Games and Turn 10 Studios, and a code to download a digital version of Borderlands 2, the acclaimed sci-fi FPS-RPG hybrid sequel from developer Gearbox Software and publisher 2K Games.

Despite the Xbox 360 launching in November 2005, Microsoft reported on Thursday that 114,000 units of the console were sold in the U.S. in February 2014. Microsoft has yet to announce when it will end support for the Xbox 360 but it looks like that won't happen for some time to come.