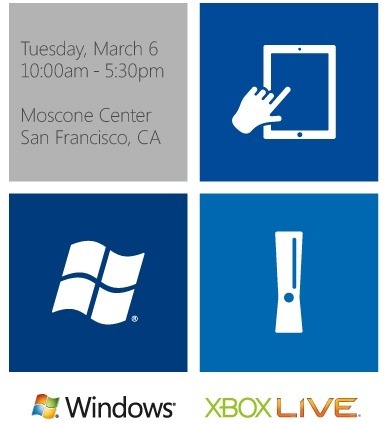 Next month, San Francisco will host the annual Game Developers Conference. GDC first started in 1988 and has since grown to become the world's largest event devoted strictly to console, PC and other electronic game development with thousands of game developers in attendance. Today, Microsoft announced that during GDC 2012 it will hold a all day event that will give more information on how developers can make games using its various platforms, including Windows 8.

The event, Microsoft Developer Day, will be held on March 6, the second day of the five day conference. In its blog post, Microsoft said:

Some of the sessions that Microsoft will hold during its GDC Developer Day include "Developing a Great Metro Style Game for Windows 8" and "Xbox LIVE on Windows 8 Deep Dive." It will also talk about creating games for its Xbox 360 game console and for Windows Phone devices.

Microsoft previously announced at its BUILD Conference in September that Xbox Live will be supported in some fashion within Windows 8.