Microsoft has begun sending out invites to its greatly anticipated launch event next month, at which it's expected to unveil a wide range of new hardware. The event is being held in New York City on October 6, and will be streamed online, and the company promises to reveal "some exciting news about Windows 10 devices" there". 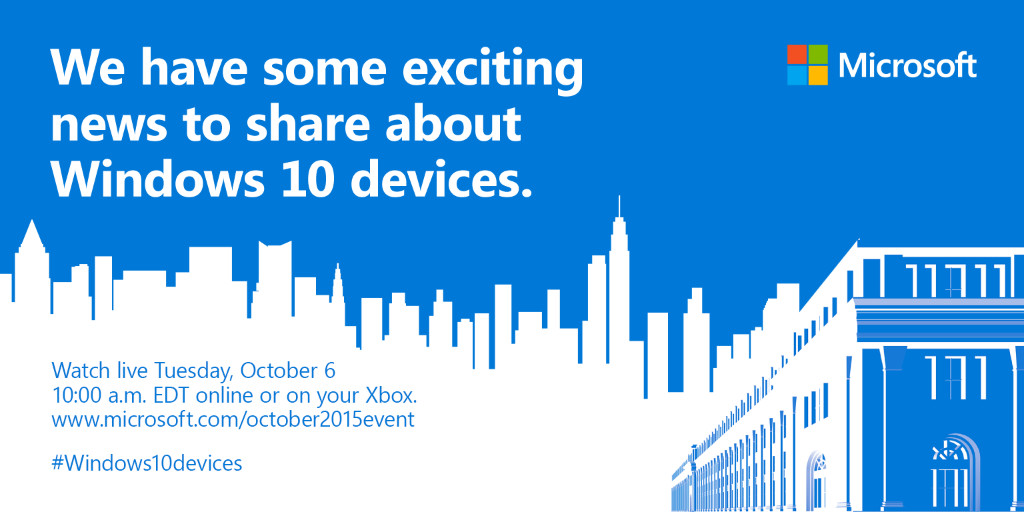 A new version of the Microsoft Band wearable device is expected to make an appearance too - and the company may yet have one or two other surprises up its sleeve.