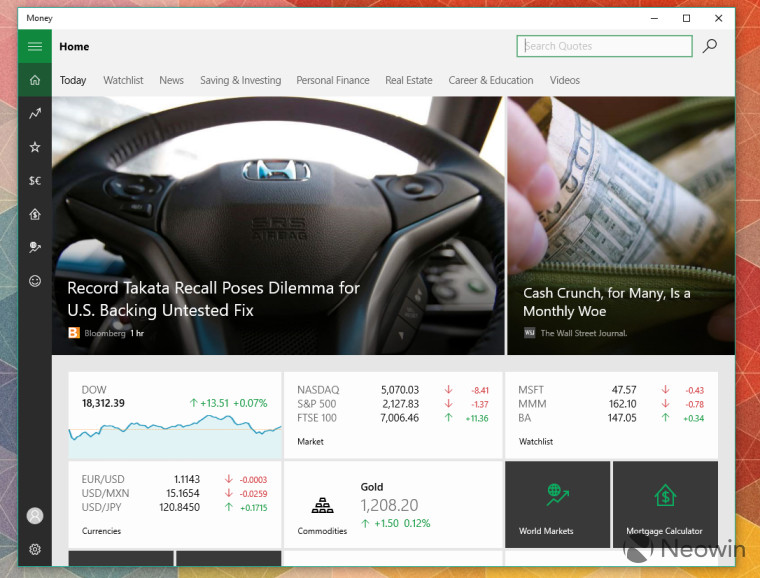 Later this week, Microsoft will push out a new build of Windows 10 to Insiders and ahead of that update, they have pushed out new versions of several apps. The updates include UI refinements with more consistency across the board; this is one more step closer to being ready for RTM of the OS which will occur sometime this summer.

While nearly all of the apps were updated, the easiest changes to spot are in Money, Sports and Weather; and the People app - after the update - now works as expected. We have posted a gallery below that shows the before and after of each of the apps.

The Sports app does not yet feature the navigation bar on the far left side of the app, this will likely be added in a future update.

These types of updates will continue for the foreseeable future as Microsoft refines each app experience to make sure that there are no bugs and that all of the basic features are included before the OS is shipped to a billion users over the next 2-3 years.

One interesting tidbit about these apps is that in the Store, they are part of the MSN brand, and are not simply 'Weather' et.al. Prior to this branding, Microsoft previously housed them under the Bing brand but that was recently dropped; when using the app on your machine, the MSN name is not present in the app title.