In 2012, Microsoft launched a rather unique ad campaign for the Surface RT tablet. Two months before the product was released, street art promoting the device started popping up on the sides of buildings in major cities in the U.S. Now Microsoft is at it again, creating new street art billboards for the next generation of Surface products.

The official Surface Facebook page has uploaded a new photo album showing examples of the new street art ads. Unfortunately, none of the photos identify the locations of these new billboards, and only one of them, shown below, was uploaded at a decent resolution. 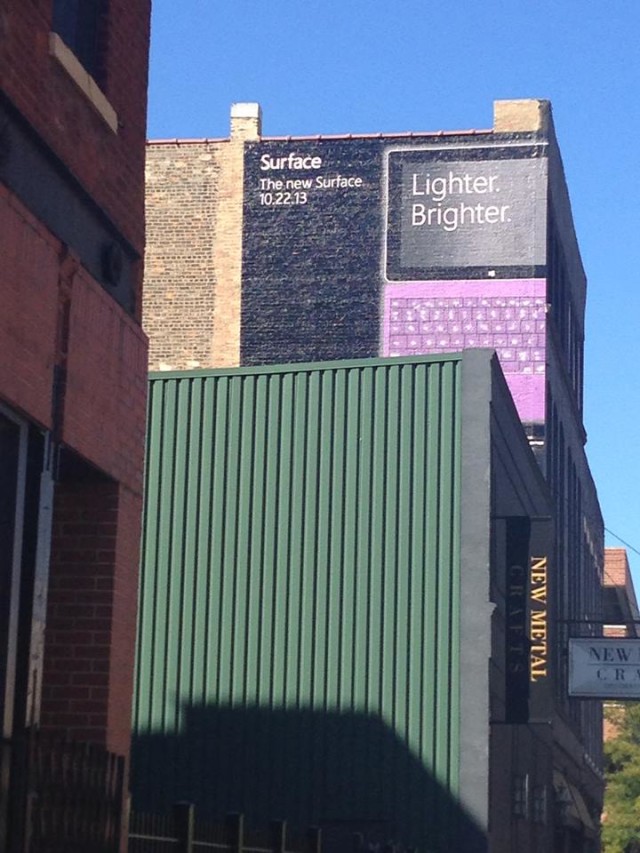 The new Surface ads are more detailed and are a bit more conventional than the minimalistic Surface street ads created in 2012. Microsoft must have thought that a more direct approach was better to help sell the Surface 2 and Surface Pro 2 tablets.

Microsoft's street ads follow a new commercial that put the emphasis on features of the upcoming tablets, though the commercial didn't differentiate between whether the Surface 2 or Surface Pro 2 was being shown at key points in the ad. The Surface 2 and Surface Pro 2 officially go on sale Oct. 22.

Thanks to McAkins Online for the tip!