In 1995, Microsoft released Windows 95 and the company included the first person sci-fi action game "Hover" with every CD-ROM copy. Today, Microsoft has announced they have brought back "Hover" as a free game that's been designed to run on modern web browsers such as Internet Explorer 11. 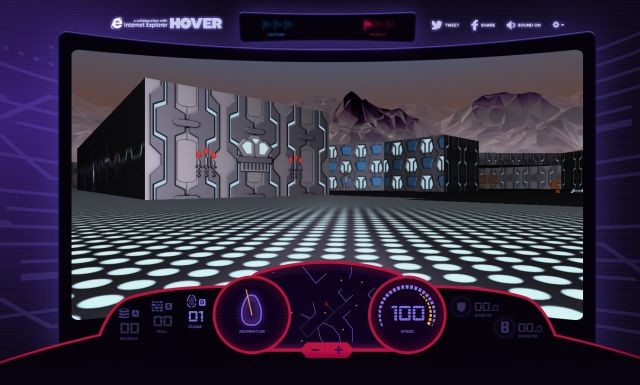 The original game's premise is still there; players take control of a future hovercraft and play a version of capture the flag. The new version can be accessed on the Hover.ie website and includes updated 3D graphics and multiplayer modes, along with support for touchscreen tablets.

Microsoft says that this project started out with the efforts of developer Dan Church, who approached the company asking if he could have a shot at updating the game. Microsoft stated:

Dan personally built all the game play while taking special care to keep the feel of the original game in the updated version. We worked with him and Pixel Labs to take his vision a step further by adding new features, including additional hovercrafts and support for up to eight players, so you can compete with your friends online.

Microsoft has also uploaded a funny video promoting Hover on YouTube, showing a "champion" of the game playing the new version on a Windows 8 tablet.  By the way, the original version of Hover for Windows 95 is still available for download from Microsoft's FTP server.